American Dancer Keenan Kampa Biography: Who Is Her Husband? 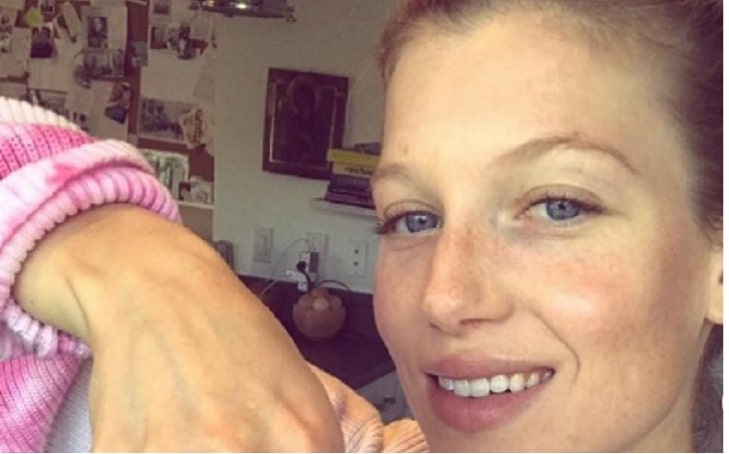 Keenan Kampa is a notable American actress and dancer who won a gold medal at the USA National Youth Ballet competition in 2006. The Russian Pointe Model Search award winner, Kampa, is happily hitched to her husband, David Sinatra.

Born on February 3, 1989, Kampa is 33 years old in 2022. Originally, Keenan is from Washington DC and Reston, Virginia. She is the second oldest of four siblings sisters, and her youngest sister was adopted from Kazakhstan. Besides, she is pretty close to her parents, Kathleen Kampa and Joseph Kampa.

Kampa was passionate about dance from an initial age, and she began dancing at the age of four. Her family members also supported her in every step of her life.

She began her ballet practicum under director Julia Cziller Redick at the Reston Conservatory Ballet. At the age of fourteen, Kampa attended ballet training programs in the summer.

Beginning Of Her Professional Career

Kampa started her career as a ballet dancer, and she was part of the Boston Ballet’s Summer Dance Program from 2003 to 2004. She participated in the American Ballet Theater’s summer intensive program on a scholarship in 2005 & 2006. She attended Vaganova Ballet Academy at the age of 18 in 2007. And she became the second American to be admitted to the academy after Ryan Martin.

Similarly, after three years, the well-known dancer graduated at the top of her class and with a Russian diploma. After two seasons, Kampa signed a contract with the Boston Ballet and was also invited to dance with the Mariinsky Theatre. She came back to the United States in 2014 for hip surgery and is now settled in America.

Apart from her dancing career, Keenan has also landed the role of Ruby Adams in High Strung, released in 2016. Kampa starred alongside Denise Crosby. Moreover, the dancer is also the Ambassador of Fondation Jérôme Lejeune, serving since November 2013. Also, she has been the Face of AW13 / Spokesperson of G-Star RAW since June 2014.

Besides her career in the entertainment industry, the High Strung cast has also worked as a sales associate at American Apparel from September 2010 to May 2012.

Keenan Kampa’s Husband Is David Sinatra; When did they Marry?

Keenan Kampa and David Sinatra have been together for many years. Reportedly, the couple knew each other via Missy Modell in March 2016. It did not take long for the pair to fall in love with each other.

They exchanged wedding vows on July 15, 2016. Their relatives and close ones attend the ceremony held in California.

They had their ceremony held at Mission Santa Barbara, followed by a reception at the Santa Barbara Historical Museum. Kenan and her spouse David went to Como Maalifushi, Maldives for their honeymoon where they had an amazing time.

The couple shares a kid together.

Who is her husband David Sinatra?

On the other side, Kampa’s spouse, David, is the CEO of Stussy, an American Streetwear company. He is the son of business father Frank Sinatra, Jr. and has taken over his family business which has been worth millions of dollars lately.

A Look At Her Net Worth & Earning Details

Kampa is a ballet dancer like Kathryn Morgan, who makes a huge sum worth over a million dollars. Besides, the major of her income comes from her profession as a dancer, and in America, a ballet dancer earns between $14,500 and $36,500 a year. In addition, an actress receives around $50782 reported by pay scale.

She may make money from sponsorship as her estimated earning from a post on Instagram is $236.25 – $393.75. Additionally, her husband’s company’s worth is around $50 million.