American Choreographer Matt Steffanina Biography: Who Is He Married To? 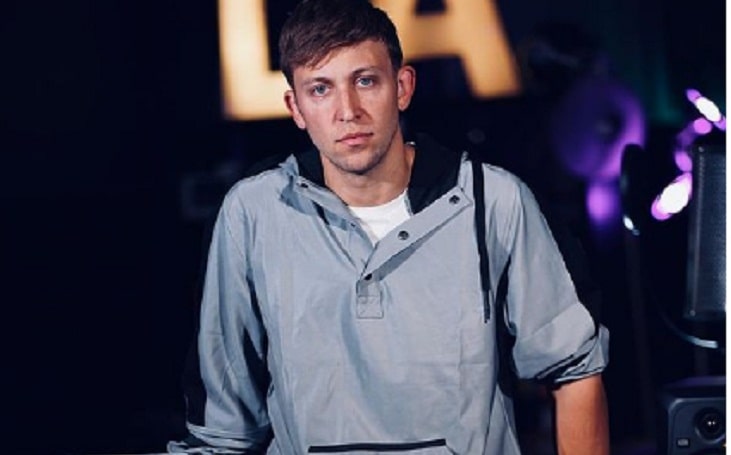 American entrepreneur Matt Steffanina is a well-known choreographer and producer who is known as the executive producer of Dance Tutorials Live. He is also a YouTube and Instagram star with massive fan followings. The 35-years-old star runs a YouTube channel under his name, where he has amassed over 12.8 million subscribers.

Matt Steffanina was born in the United States on October 20, 1986, making his age 35 years old now. He spent his initial age in Virginia as a competitive snowboarder. Holding an American nationality, Steffanina stands at the height of 6 feet 1 inch (1.85m). In 2010, he moved to Los Angeles to pursue a career.

The dancer has a brother Sam, and their parents are Debbie Tuttle-Steffanina and Jeff Steffanina. Matt discovered an interest in hip hop dance and DJ’ing at 17. So, he started retaining by watching music videos and ultimately got invited to audition for a local dance team.

Who Is Matt Steffanina’s Wife?

Reportedly, Steffanina is dating his partner Destiny Kaye. It is said that they are together for more than two years. The romantic birds have often appeared together in their Instagram account. His partner is a popular TikTok star and also a dancer.

Apart from that, Steffanina was formerly engaged to Dana Alex. They met each other at work and began dating in 2011. After dating for a couple of years, they got engaged. Also, the former couple went on holiday and vacations. On March 24, 2012, Dana also announced her engagement news via a tweet. But for some reason, Steffanina and Dana could not continue their relationship and broke up in 2016.

Find Out About His Professional Life

From an early age, Steffanina was interested in dance. He isn’t just a dancer; and he’s a choreographer and entrepreneur like Celina Midelfart, Daphne Joy, and Yaron Varsano, devoted to teaching those keen to get on the floor how to dance like a pro. Besides, it was pretty hard for him in the early phase, but he established himself as one of the favored dancers in the hip-hop dance industry.

He has danced with many established figures in the industry, including Taylor Swift, Jason Derulo, and Meghan Trainer. He has also appeared in numerous shows such as Step-Up, So You Think You Can Dance & The Ellen Show. Apart from that, Steffanina is also the founder of the DNCR Academy, an online dance platform that teaches thousands of students worldwide.

He got more into fame after winning the title of season 28 of The Amazing Race in 2016. By winning the title, it helped him to work more in the industry by opening his path to becoming a host and actor. The passionate entrepreneur has done various works ranging from trading stocks and flipping houses to investing in Cryptocurrency. Steffanina has also served as a choreographer at Millennium Dance Complex since April 2013.

Matt makes a massive amount of money from his long-term professional career in the entertainment industry. His net worth is around $7 million. A dancer in the United States receives around $49,369, the national average pay. So, Steffanina might have in the same range as a dancer. He has appeared in various shows and received huge fame.

Meanwhile, his income source is also YouTube, as he has gained massive subscribers count. According to the social blade, his monthly income from YouTube is $7.7K – $122.9K and yearly is $92.2K – $1.5M.

And the Influencer Marketing Hub reports his per post earning on Instagram, $8,054 – $13,424. He is undoubtedly living a luxurious life with such a high gain. He is a millionaire, and his acquiring will surely increase in the future.