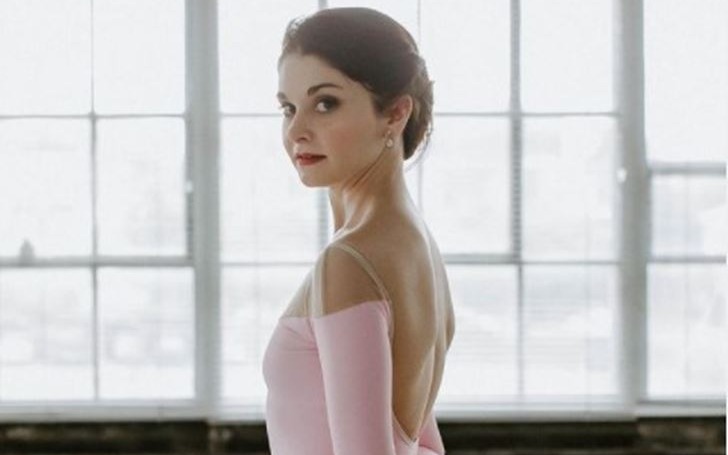 Kathryn Morgan is an American ballet dancer and teacher who is also a soloist of ballet dancing from New York City under Peter Martins and the Miami City Ballet. She is famous for heart-throbbing dance performances and a great teacher of ballet.

The ballet dancer was born on August 17, 1988, in Fayetteville, North Carolina, where the endodontist adopted her and gave her a warm homely environment. Her father served in the Air force in North Carolina.

They moved to Minot Air Force Base, Minot, North Dakota. She started studying ballet, tap, and jazz dance when she was two years old. They again from North Dakota to Mobile, Alabama state.

At the age of eleven, she joined Mobile Ballet for further dancing training. Furthermore, she performed at Mobile Ballet, including Swan Lake, Sleeping Beauty, and The Nutcracker.

At fifteen, she attended the summer program at the School of American Ballet in New York City.

During her days in New York City Ballet as a soloist, she suffered from an illness, Hashimoto Thyroiditis which caused serious issues due to under thyroid malfunctioning. This illness caused her uncontrollable weight gain, suffering from fatigue, loss of muscle power, hair loss, and suffering depression.

On May 27, 2016, she got engaged with Eric Young in North Carolina. Similarly, they tied the knot with Eric on May 27, 2017, at Ashland Palace, United Methodist Church in Mobile, Alabama. Furthermore, this duo shifted to Houston, Texas, where she started teaching ballet at the Royal Academy Of Fine Arts.

On September 5, 2018, Morgan announced that she and Young are not married anymore. Later on, after one month, she announced via YouTube that her divorce had been finalized and they were not together anymore.

Morgan addressed the sexual assault allegation made against Peter Martins, the director at NYC Ballet. The dancer stated that she was not a victim of abuse and was a respectful soloist at New York City Ballet. However, she heard the rumors of Martins having an intimate relationship with the other dancers.

The dancer has now moved on. On July 29, 2020, Morgan entered into the new phase of her life, engaging with Christopher Sellers after two years of dating. He turned the lovely relationship into marriage by proposing to her at Disney.

How Much Does Kathryn Morgan Earn?

The net of Kathryn Morgan’s net worth is $1 million as per the multiple sources. She earns in between $50k to $80k per year. The major source of income is her professional ballet dancing career and teaching profession.

She also has a YouTube channel with a huge number of 237k subscribers and also earns a considerable amount of money from it. She is a part-time model.