British Make-up Artist Naomi Lowde-Priestley Biography: Who Is Her Husband? 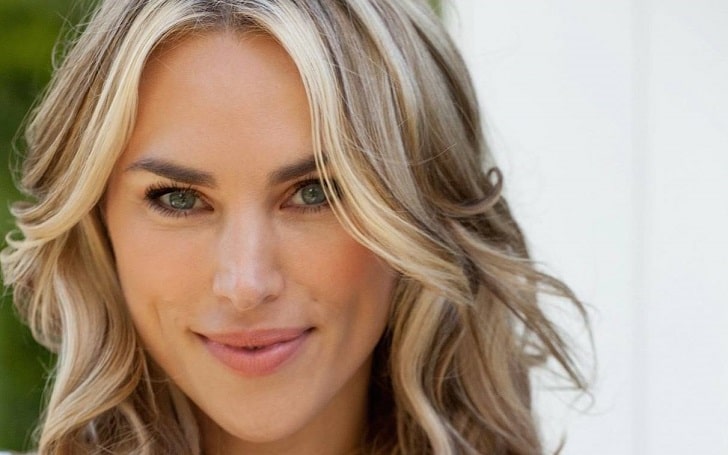 Naomi Lowde-Priestley is a British makeup artist who has worked on a wide variety of television shows and live events. The talented makeup artist got more into fame after marrying well-known Canadian actor Jason Priestley.

Lowde-Priestley was born in England in 1975. As of 2021, she is 46 years old. And Lowde-Priestley celebrates her birthday on September 15. She holds British nationality and stands at the height of around 5 feet 3 inches as it is the average height of a British female.

Besides, she has resided in various places for work, including Vancouver, Calgary, and Indianapolis. On the other hand, her husband Jason was born in North Vancouver, British Columbia, Canada, on August 28, 1969. He has an older sister, actress Justine Priestley, and two step-siblings, Karin and Kristi.

Insights On Her Career

Naomi has worked as a makeup artist in various projects. Also, she has made her appearance in television shows like HGTV Design Star, Dinner at Tiffani’s, etc. Since 2002, she has been professionally engaged in the entertainment industry. Her first project was America’s Party: Live from Las Vegas.

Meanwhile, she is also a fitness enthusiast and is the MST trainer of Sweat Cycle. The make-up artist has also worked in Your Mama Don’t Dance and the Nickelodeon Kids Choice Awards. She went to St. Cuthbert Mayne School in Torquay, England. Also, she has served on a myriad of shows and celebrity clients.

The multi-talented figure has also been honored with several titles. She was nominated as America’s Most Inspiring Trainer 2016, in partnership with Reebok. Furthermore, her life partner, Jason, has worked in the showbiz industry since 1978 and has won numerous prestigious awards.

Who Is She Married To? Wedding Details and Children

The 46-years-old makeup artist is happily wedded to her husband, Jason Priestley. The couple first met each other in 2000. They spent some time together. And the actor proposed to her at the Apollo Theater in 2004.

The lovebirds tied the wedding knot on May 14, 2005, at the One and Only Beach Ocean Club Resort on Paradise Island in the Bahamas.

Reportedly their marriage was one of the first times that the entire Beverly Hills 90210 cast reunited. Since then, they have supported each other in every step, and they are also blessed with two children.

The make-up artist gave birth to her first child daughter Ava Veronica in 2007, and their second child son, Dashiell Orson Priestley, was born on July 9, 2009.

Jason’s wife, Naomi, has a decent net worth earned from her profession as a makeup artist. Some of the sources have claimed her net worth to be around $800,000. She makes money from sponsorships too.

And her estimated earning from a single post on Instagram is around $310.5 – $517.5, as per the Influencer Marketing Hub. Furthermore, her fiance, Jason, enjoys a massive fortune of over $12 million. He has collected this tremendous sum of money from his profession as an actor.

She is also a businessman and owned a resort in Ucluelet on Vancouver Island which the couple listed for sale for $4.5 million in 2020.

SEE: Businessman James Rothschild Biography: Who Is His Wife?

One thought on “British Make-up Artist Naomi Lowde-Priestley Biography: Who Is Her Husband?”