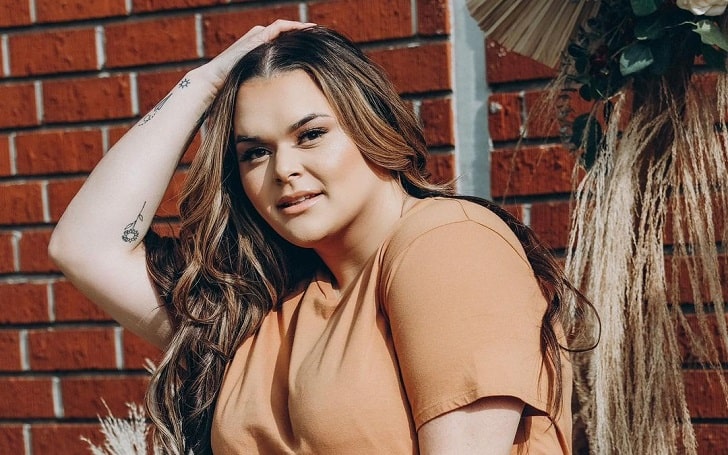 Jenicka Lopez is an American model and entrepreneur who got into the spotlight as the daughter of famous American singer, Jenni Rivera. Jenni was a renowned singer, actress, and television personality who died in an air accident on December 9, 2012.

How Old Is Jenicka? Early Life

As of 2021, Lopez is 24 years old. She was born in California, US, on October 3, 1997. Lopez was raised by her parents Jenni Rivera and Juan López. Lopez is the eldest child of her parents and has a younger brother named Johnny. Besides, she has three older siblings born from her mother’s marriage.

Her other siblings are Chiquis Rivera, Jacquie Campos and Michael Marin. Jenicka’s mom had married five times and had five children altogether. The star kid holds an American nationality and belongs to American-Mexican ethnic background.

Jenicka is a talented actress and YouTube star who made her acting debut in 2011 on her family show, I Love Jenni. She is also a model and is engaged in fashion. Besides, the entrepreneur has good taste in fashion. She is also the owner of Over Comfort.

Meanwhile, Lopez also has a YouTube channel that more than 153k subscribers have subscribed. She shares various videos related to her daily routine, workouts, makeups and more. She is also an entrepreneur who is making her living through it. On the other hand, her mother, Jenni, is a well-established name in the showbiz industry.

The late actress was active in the film industry from 1992 to 2012. Jenni made her debut in the big-screen Filly Brown in 2013. Similarly, she also made her appearances in numerous shows, including Jenni Rivera, Presents: Chiquis & Raq-C, Eva Luna (telenovela), and La Voz… México.

Additionally, the talented personality was also a singer, and some of her well-known studio albums are Parrandera, Rebelde y Atrevida, La Gran Señora, etc.

Details On Her Weight Loss

The hard-working lady has openly talked about her weight loss journey through a video that was uploaded on her YouTube channel. She was a chubby kid, but Jenicka is not engaged in fitness and has lost some weight.

There is no doubt that Lopez is following a healthy diet. She does regular workouts. Also, she posts various clips about her workout plan on Instagram. Furthermore, Lopez is working hard to get a slim fit body and is still working out.

The Instagram star has accumulated good fortune from her multiple profession. As per a source, her net worth is somewhere around $5 million. Likewise, she makes money from sponsorship and endorsement deals. Lopez makes around $2,181.75 – $3,636.25 from a single post on IG.

So, Jenicka might be living a lavish life with her massive earnings but prefers to keep her income details away from the media. Additionally, her late mother Jenni had a net worth of around $25 million.