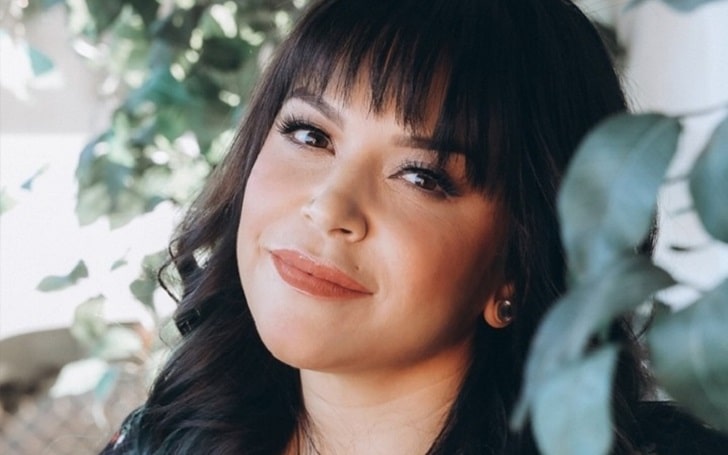 Jacqie Campos is a Mexican-American actress & singer who rose to prominence as the daughter of famous singer Jenni Rivera. Besides, Campos is recognized for her appearance in The Riveras, The Real, I Love Jenni, etc.

Age & Early Life: Who Is Her Mother?

Campos was born in Long Beach, California, USA, on November 20, 1989, making her age 31 years old now. Her parents are José Trinidad Marín and Jenni Rivera. Campos’ mother, Jenni, was one of the most well-known American singers and actresses.

Campos has made a great contribution to the entertainment industry, but she sadly passed away on December 9, 2012, in a deadly accident. Jenni was in the city to perform at Monterrey Arena the previous evening.

And on December 9, she and four other staff and two pilots departed from Monterrey Airport around 3:20 am local time to fly to Toluca, Mexico, for an appearance on La Voz… México.

Unfortunately, after 15 minutes, contact with the jet was lost, and later in the day, its wreckage was found near Iturbide, Nuevo León.

Sadly, were no survivors among the five passengers and two crew on board.

The talented actor has been present in this field for many years. She professionally began working in 2011. Campos made her television debut in 2012 by appearing in Chiquis ‘n Control. Her other appearances can be seen in The Riveras, The Real, and I Love Jenni.

Currently, Campos is based in Los Angeles and is engaged in a business of her own. She runs a clothing brand named De Colores Threads.

Meanwhile, her late mother had starred in numerous movies and television series. Jenni was actively working from 1992 until she died in 2012. The late singer had also received numerous awards and was nominated for different titles.

Some of the awards she has won are the Top Latin Artist, Artist of the Year (2013), etc. Similarly, she made her guest appearances in El Show de Cristina, La Voz… México, and so on.

Everything On Her Marital Life

The 31-years-old singer has been married to her beloved husband, Mike Campos. They dated each other for a few years before getting wedded on November 10, 2012.

Since then, the lovebirds have been cherishing their marital life blissfully. Also, they are blessed with three children, Jenavieve Faith Campos, Jordan Love Campos, and Julian Joy Campos.

On the other hand, Jacqie was previously in a romantic relationship with Danny Yanez, with whom she has a daughter named Jaylah Hope Yanez.

Jacquie Campos has accumulated a massive fortune from her professional career. We can speculate her net with to be around $1 million.

No doubt she has made all of her money from her hard work and dedication. Besides, she also has a clothing brand from where she makes a decent profit.

According to the Influencer Marketing Hub, she takes around $3,748.5 – $6,247.5 per post on her Instagram handle, where she has garnered more than 1 million followers.