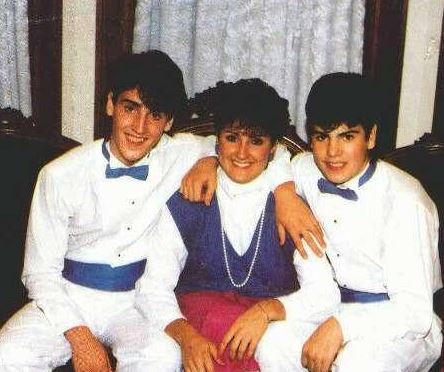 Marlene Putman, the mother of American singers Jonathan Knight and Jordan Knight, is often misspelled as Marlene Putnam. Canadian-born Marlene is married to Allan Knight and has six children.

She has got quite good fame from her two sons who are famous personalities. Jonathan is a singer while Jordan is a singer-songwriter and actor.

Scroll down to know more about the mother of the former members of the boy band New Kids on the Block. Where is Marlene now? Who is her husband?

Marlene was born in Dunnville, Ontario in the 1940s and is around 70 years old. She is a Canadian currently living in the United States.

Her mother’s name is Pearl but no information about her father and siblings is available.

She attended Dunnville Secondary School in Ontario and enrolled at McMaster University. She later graduated with a degree from Antioch University.

There is no details about what profession she chose after her graduation but now she owns a Stonecroft Farm.

Has 6 Children with Husband Allan

Marlene married Allan Knight in the late 1950s but the details about their marriage is not available. Her husband is also Canadian born in Meaford, Ontario and works as an Episcopal priest.

She is the mother of six children with her husband. They are Allison, Sharon, David, Christopher, Jonathan and Jordan.

The mother of Jordan and Jonathan Knight, her sons came into the limelight as members of the boy band New Kids on the Block.

He was also the first member to leave the band in 1994 and also left showbiz. He then worked as a real estate investor living in Essex, Massachusetts.

He joined New Kids on the Block in 1984 when he was 14. Besides, he has also released several solo songs.

Moreover, he has also appeared in several TV shows- he was a judge on the American Idol spin-off American Juniors and even appeared on the VH1 reality television series The Surreal Life.

He is also a businessman and has bought some stakes in an Italian restaurant called Novara in Milton, Massachusetts.

Jordan is married to Evelyn Melendez and has two sons with her.

Her son Jonathan Knight is Gay

Jonathan is gay and had kept it private until his ex-boyfriend Kyle Wilker exposed it without his consent in an interview with the National Enquirer in 2009.

He later released a statement on the New Kids on the Block blog and wrote:

“I have lived my life very openly and have never hidden the fact that I am gay. Apparently the prerequisite to being a gay public figure is to appear on the cover of a magazine with the caption ‘I am gay’. I apologize for not doing so if this is what was expected!”

After his split from Kyle, Jonathan is in a relationship with Harley Rodriguez since 2008.

The pair also took part in the 26th season of the CBS reality competition series The Amazing Race in 2015 and stood 9th.

They were engaged in Africa on November 15, 2016, when Knight proposed to him during the vacation.

Jonathan recently revealed that he has secretly tied the knot with his longtime partner. In an interview with Entertainment Tonight, he said:

“We did. But everybody just assumed we’re married, so, I never say yes or no ’cause I don’t wanna lie.”