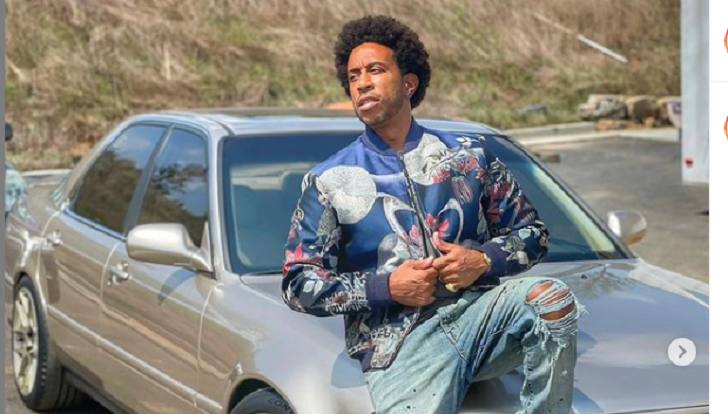 Ludacris is a popular American rapper and actor recognized as Tej Parker in the Fast and Furious franchise. He became the dirty rapper to achieve success in his back-to-back release. Similarly, he gained fame as the rapper of the song baby by Justin Bieber, which was one of the initial songs to hit 1 billion views on YouTube history. Ludacris has won an MTV Video Music Award and three times Grammy Awards.

Fast and Furious actor was born on September 11, 1977, in Champaign, Illinois, the US, to father, Wayne Brian Bridges, and mother Roberta Sheilds. Both of his parents belong to the American-African ethnicity and follow the Christianity religion. The real name of the American rapper is Christopher  Brian Bridges.

The rapper attended Benjamin Bennekaor High school, Washington DC. Likewise, he got his degree of BFA in theatre and drama from Georgia State University.

Christopher was always into rapping, and he first wrote his rap at the age of nine. The entertainment personality moved to Atlanta at the age of nine, became a DJ, and released his first album Incognegro in 1999 before becoming successful.

Who Is Rapper Ludacris’ Wife?

Luda is a married man, and his partner is Eudoxie Mbouguiene. This duo tied the knot on December 26, 2014, in an intimate wedding ceremony. The lovely couple started dating in 2014, and within a year, they decided to take their relationship to the next level. In June, they welcomed the baby girl.

Furthermore, In May 2021, Eudoxie shared on her  Instagram on the occasion of her 35th birthday that she and Luda were expecting their second baby soon. The actor has two more daughters.

Back in 2001, he was having an affair with his lawyer, and he also shared a baby girl with his attorney from Atlanta. His first baby girl name is Karma Bridges, who was born in August 2001.

Another daughter, Cai Bella Bridges, from his relationship with his old friend, Tamika Fuller was born in Dec 2013 who is Luda’s second daughter. Luda has become the father of four children and takes good care of them as a good father.

Ludacris’ net worth is around $35 million, as per multiple reports in 2021, which makes him one of the most celebrated rappers in the world. He is among the top 100 richest rappers globally, and his average annual salary has been $800k- $1million in recent years. His major source of income is through his professional acting career and rapping in R&B music.

Georgia State University graduate owns the music company Disturbing the Peace. Also, he holds the co-ownership of the Conjure Cognac Liquor, which was founded in Cognac, France, in 2009. He has his private label of lines of headphones Soul Of Ludacris, which he endorse himself.

His latest movie, Fast and Furious 9, hits the box office with a whopping amount of $716.6 million in both national and international box office.

The rapper also has a self-titled YouTube channel, with more than 2 million subscribers gathering a lot of money. Bridges have also done endorsements for Puma Limited edition “ ClydeXLuda.”  He also owns the restaurant and a bar Chicken-N-Beer at Hartsfield Jackson International Airport in Atlanta.

The millionaire rapper also holds various real estate to his name; in 2016, he owned his house worth $4.8 million. A luxurious house of 6000 square feet consists of a lawn tennis court, swimming pool, five bedrooms, and five bathrooms.

Luda has been present in the musical career from 1999 to the present. He wrote his first-ever rap at nine. Luda made a bold move when he was nine; Brian moved to Atlanta. He, however, started his career as a Disk Jockey as love for music.

Christopher released his debut album in 1999, Incognegro, which was a local which boosted him to try out more. After that, he gained national attention after getting a major label debut for the first time in which single hits were Southern Hospitality and Whats your fantasy.

Furthermore, in 2001, other singles Word of mouf followed by Chicken-N-Beer in 2003 and The Red Light District in 2004. All of these songs were released by certified multi-platinum by the Recording Industry Association of America (RIAA).

Likewise, he already had several hits albums released within his name; then he released Release Therapy in 2006, Theatre of Mind and Battle of sexes in 2010, and Ludaversal in 2015.

His notable character as Tej Parker in the Fast and Furious franchise made him popular worldwide. His other credits in the Hollywood industry are Craash(2004), Gamer(2009), New Year’s Eve(2011), and his latest movie is Fast and Furious nine, which was a big hit in the box office.

He was co-awarded with a Screen Actor’s Guild Award and Critics Choice Award for the best cast for the individual award.