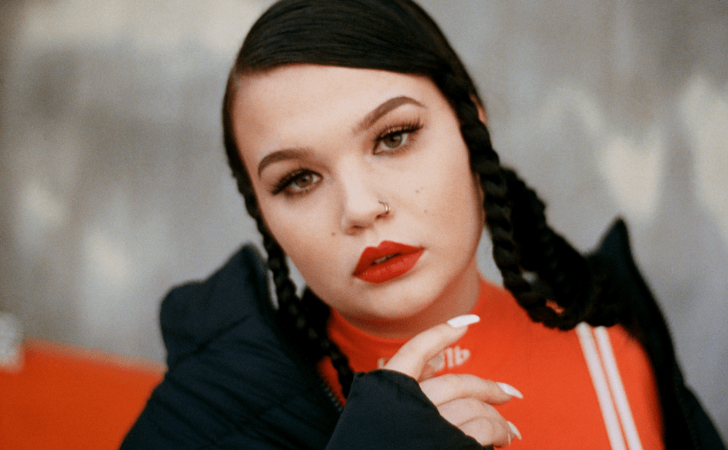 South London-origin Lola Young is a rising singer-songwriter who got fame for her singles Six Feet Under, The Man, 3rd Jan, among others. Besides, the talented musician has released albums, including Inro and Renaissance, and signed with record labels such as Island Record and Day One.

Lola Young was born and raised in South London. Her exact date of birth is still missing; however, her age is alleged to be 19-23 years old.

From an early age, she was all into music. At 11, she began writing her own songs, and at 13, she made an appearance in a national open mic competition and appeared on a television show.

Young is British by nationality, and her ethnicity is white.

Net Worth In 2021; Earnings And Other Income

To date, she has released numerous singles, including Blind Love, 6 Feet Under, Woman, Burn, and more. She has released albums like Intro and Renaissance.

Young has also signed a record deal with Island Records, Capitol Records, and Day One. Her other source of income would be her social media, sponsorship, endorsements, and album sales.

Furthermore, Six Feet Under singer adds up $144.75 to $241.25 per sponsored post from her social media Instagram @lolayounggg, which has more than 27 thousand followers as of now.

Additionally, she has her own website lola-young.com, where she sells her live show tickets to different venues.

Growing up in a musical family, Lola Young started her music journey, writing her own song when she was 11 years old. Two years later, she took part in a national open mic and won the competition.

She signed a record deal with popular records labels, including Island Records, Capitol Records, and Day One. Afterward, she released an EP titled Intro in 2019.

The following EP contains successful singles such as Grey And Lilac, The Actual Intro, THE MAN, Blind Love, 3rd of Jan, 6 Feet Under, and more.

In 2020, Young released another EP titled Renaissance with Island Records. The album consists of singles like Pick Me Up, Same Bed, and None For You.

Apart from this, she also runs a self-titled Youtube channel with over nine thousand subscribers. One of her music videos of the track ‘Ruin My Make Up,’ has crossed a million views.

Similarly, her music video of the singles ‘Blind Love’, ‘None For You,‘ and ‘Pick Me Up‘ was also quite popular among the YouTube audience.

What Is Lola Young’s Relationship Status?

‘Ruin My Make Up‘ singer is most probably single as of right now. Till now, she hasn’t mentioned anything about her love relation and possible boyfriend.

Besides, her Instagram @lolayounggg, is full of her upcoming albums and singles. She frequently promotes her musical work on her different social media platforms.