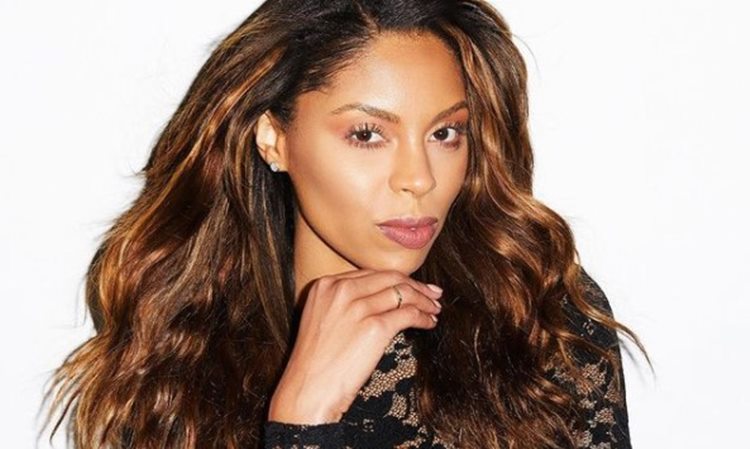 Ciera Payton is an American actress and writer famous for Wendy Williams’s role, a biopic of talk show host Wendy Williams. The actress is also renowned for working in television series like The Walking Dead, General Hospital, Graceland, and NCIS. The actress received an honorary The Los Angeles Pioneer Woman Award for the Risk Youth.

The Walking Dead actress was born on Jan 26, 1986, in New Orleans, Lousiana, the U.S, to her parents Michael Diaz and Deborah Payton, a computer engineer. She also has a sibling brother named Jalen Payton, who is a singer, producer, and audio engineer.

Ciera spent her childhood in Lousiana, U.S. Her grandmother died of cancer when she was in 8th grade. Her father was a drug addict and was imprisoned for 7 years while Ciera moved to LA.

She is 36 years old as of 2022 and stands at the height of 5 feet 8 inches (1.73 m). She holds an American nationality and belongs to the Afro-American ethnicity.

The hunger for becoming an actress led the actress to accomplish her dreams. This might be the reason that her father enrolled her at the McDonogh Primary School for the Creative Arts in the French Quarter at a very young age. Her family supported her a lot to follow her dream.

There were a lot of arts in my family and my mom always had a knack for fashion design. She actually went to school for computer engineering and I think for her, she wasn’t really happy doing the computer engineering stuff. So she was always like “follow your passion, do what really makes you happy”, because you don’t want to look back and regret you didn’t do it.

She later joined the University Of North Carolina School of Arts. She graduated with a Bachelor of Fine Arts degree in Drama.

Who is Ciera Payton’s Boyfriend?

The actress is sensitive towards her relationship. Also, the duo does not want to disclose how they met and dated each other.

Recently, the duo was seen in the premiere of Terry Perry’s Studio’s The Oval.

How Did She Start Her Career?

The Walking Dead actress started her career through the movie Flight Of Fury as agent Jessica in 2006 and star Steven Seagal. In 2009, She portrayed the role of Savannah in the movie Savannah Black & Blue.

In 2010, the actress moved to Los Angeles to pursue an acting career. The actress appeared in the role of Janet Turner in BBC American, which is Remake of TorchWood. After playing the minor roles, she acted as Capri in the movie Oldboy.

In 2014, the actress acted in the challenging role of cheerleading coach in the movie The Runner. In the movie, she worked along with Ghost Rider’s star Nicolas Cage. She recently starred in the series A Medea Family Funeral. Also, she appeared in the role of Wendy Williams, talk show host, a biopic made in 2021.

Some other credits are Ballers, NCIS, Being Mary Jane, Terry Perry’s The Oval, among others.

Payton’s main source of income is her writing and acting profession. She also earns from hosting podcasts and endorsements. The average income of the actress is $50k -$60k annually. As of 2022, she has a net worth of $1 million. She often promotes beauty products on her Instagram which pays her a good amount.

Apart from acting, Ciera assists the youth economically and by self-voluntary. She spreads love and awareness among the youth.

Ciera is quite active on social media and often shares pictures. Her Instagram Handle is @cierapayton, and she has a massive fan following of 51k followers as of March 2022.

Payton updates her fans regarding her professional career on her social media accounts.