Holly Humberstone’s Biography: The Walls Are Way Too Thin’s Singer 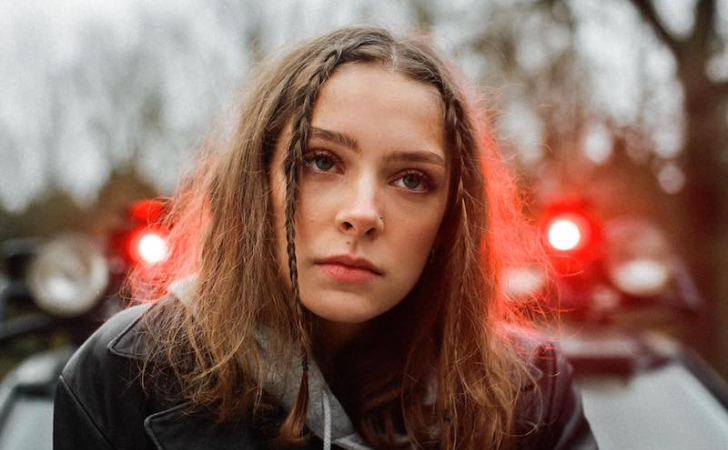 Holly Humberstone is a rising British singer-songwriter and musician who has signed a record deal with popular labels like Interscope and Polydor Records. Her debut EP titled Falling Asleep at the Wheel was released in August 2020 whereas, her first single titled Deep End was out in January 2020.

Holly Humberstone was born Holly Ffion Humberstone on December 17, 1999, in Grantham, Lincolnshire, England. She is one of four children of her parents. She has three siblings sisters.

In 2019, the rising singer attended Liverpool Institute for Performing Arts. As of writing this article, she is 21 years old. She holds British nationality.

Humberstone, 21, began her early career by performing at Glastonbury Festival 2019 on the BBC Introducing stage. Later, she released her debut single Deep End on January 30, 2020.

The singer then published her second song titled Falling Asleep at the Wheel on March 19, and her third single titled Overkill, on June 26, 2020.

In July 2020, the singer sum songwriter released a cover of Fake Plastic Trees by the English rock band Radiohead. She released her debut EP titled Falling Asleep at the Wheel in August 2020.

The EP consists of her three previous singles, Drop Dead, Livewire, and Vanilla. In December 2020, she was listed in VEVO DSCVR’s Artists To Watch 2021.

Holly signed a record deal with the popular label Polydor Records in March 2021. With them, she released a single titled Haunted House.

Additionally, she also signed with the label Interscope Records and published tracks, including The Walls Are Way to Thin, Please Don’t Leave Just Yet, and Scarlett.

What Is Her Current Worth? Income Sources And Earnings

With more than two years of music journey, the 21-year-old musician has surely earned a considerable amount. As of September 2021, Holly Humberstone’s net worth is $500 thousand.

She has been signed with famous recording labels including, Interscope and Polydor Records. She also sums up a decent wealth via her different social media outlets.

‘Haunted House‘ singer is not dating anyone and is possibly single as of right now. To date, she hasn’t introduced anyone as her partner or lover. Also, she prefers to keep her personal life out of the media radar.

Humberstone has a huge fan following on her different social media outlets. She often uploads snaps with her friend and family. She is also busy with her upcoming big projects.