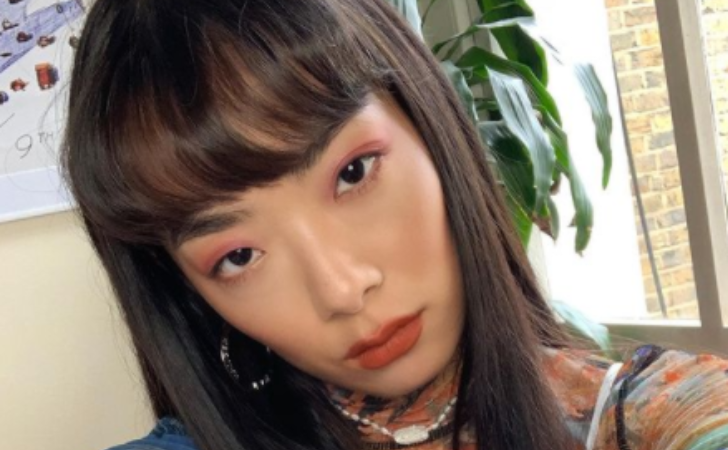 Japanese-born Rina Sawayama is a successful British musician, model, and actress. She rose to fame releasing debut studio album, ‘Sawayama,’ as well as the single ‘Cyber Stockholm.’ Some of her other hit singles include Sleeping in Waking, Who, Terror, and Where Are You.

As a model, the singer has signed with Elite Model Management. Besides, she played a recurring role in the comedy streaming series Turn Up Charlie.

Rina Sawayama was born on Auguts 16, 1990, in Niigata, Japan. At 5, she moved to London, England, along with her family, where she grew up. She has an indefinite leave to remain (ILR) visa in the UK.

For her education, she joined Magdalene College Cambridge, where she studied politics, psychology, and sociology. After some years, the singer earned a degree in political science.

Sawayama also mentioned that she was attending a virtual class at the University of Oxford in May 2020.

Rina Sawayama, 31, started her career, releasing the single Sleeping in Waking in February 2013. She then released the single Terror on Halloween using the stage name of ‘Riina.’

In June 2015, she made a music video to her song Tunnel Vision. The following year, she let off the song titled Where U Are, which was co-directed by Alessandra Kurr.

As a model, the singer has signed with Elite Model Management. Besides, she played a recurring role in the comedy streaming series Turn Up Charlie and performed the song “XS” on The Tonight Show Starring Jimmy Fallon.

Additionally, she is set to star as Akira in the upcoming neo-noir action thriller film John Wick: Chapter 4.

Net Worth In 2021: Album Sales And Social Media Earnings

Sleeping in Waking singer holds an estimated net worth of $12 million as of September 2021. The major portion of her wealth is her musical and modeling career.

She has been signed with popular recording labels such as Make Mine, House of Us, The Vinyl Factory, 88rising, and Dirty Hit. She earns a decent sum of money from her album sales, tour, sponsorship, and endorsements.

Sawayama also sums up good riches via different social media outlets. Her Instagram @rinasonline, with more than 600k followers, gains her $1,801.5 to $3,002.5 per sponsor post.

Where Are You singer is possibly single as of now. She hasn’t disclosed anything related to her relationship till now. As per the report, she is identified as both bisexual and pansexual.

“I’ve always written songs about girls. I don’t think I’ve ever mentioned a guy in my songs, and that’s why I wanted to talk about it.”