How Did This Get Made? Host And Actor Jason Mantzoukas: Age, Height, Net Worth, And Relationship 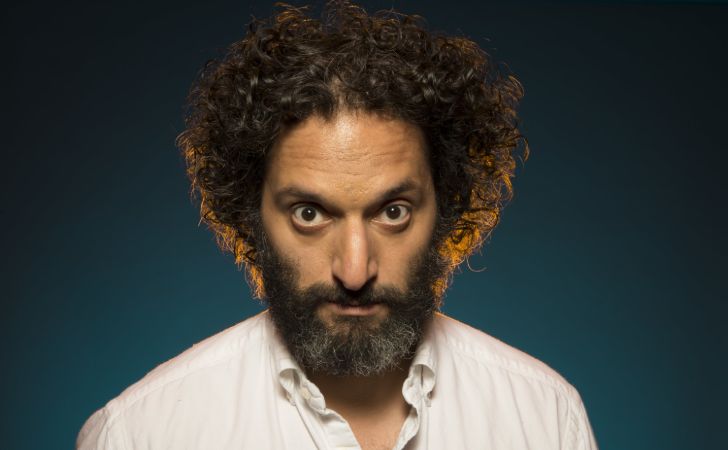 Popular for his role as Rafi in the FX comedy series The League, Jason Mantzoukas is a prominent American actor, comedian, writer, and podcaster. He is also one of the three co-hosts of the podcast How Did This Get Made?. Furthermore, his notable films appearances include The Dictator, Sleeping with Other People, They Came Together, Conception, and John Wick: Chapter 3.

Jason Mantzoukas was born on December 18, 1972, in Nahant, Massachusetts, United States. As of writing this article, he is 48 years old.

He is one of two children of his parents, William Mantzoukas and Cynthia Mourousas. Both of his folks are second-generation Greek-Americans. He also has a younger sister named Melissa Mantzoukas.

For his education, the actor went to Swampscott High School and graduated in 1991. Later, he did major in religion at Middlebury College, graduating in 1995.

Mantzoukas stands at the height of 5 feet 10 inches, which is 1.78 m. In terms of nationality, he is American and is of Greek-American descent.

Net Worth, Salary, And Career Details

The 48-year-old actor holds a net worth of around $3 million as of September 2021. He adds a decent sum of wealth from his work in TV shows and films.

The Brooklyn Nine-Nine star has more than 90 acting credits under his name so far. There is no doubt; he accumulates a considerable sum from his roles.

Similarly, the actor is most known for his role as Rafi in the FX comedy series The League from 2010-2015.

In 2012, he protrayed Nadal in the comedy film The Dictator (grossed $179.4 million and budget $65-100 million). His other notable films are Sleeping with Other People, They Came Together, and Conception.

Besides his acting credits, The League star gained further popularity as one of the three co-hosts of the podcast How Did This Get Made? alongside Paul Scheer and June Diane Raphael.

Personal Life – Is He Married? Past Relationship?

Moving on to his personal life, the Dictator actor is not married as of now. Currently, the actor is believed to be single due to the lack of evidence as he prefers to live a low-key lifestyle and mostly stays out of the media radar.

Prior, he was in a relationship with actress and singer Connie Britton. There are, however, not many details of the former pair is available,

Did you know? Mantzoukas was born with an egg allergy and had to experiences anaphylaxis at an early age. He also stated hypochondriac tendencies as the reason for his occurring allergy.

One thought on “How Did This Get Made? Host And Actor Jason Mantzoukas: Age, Height, Net Worth, And Relationship”