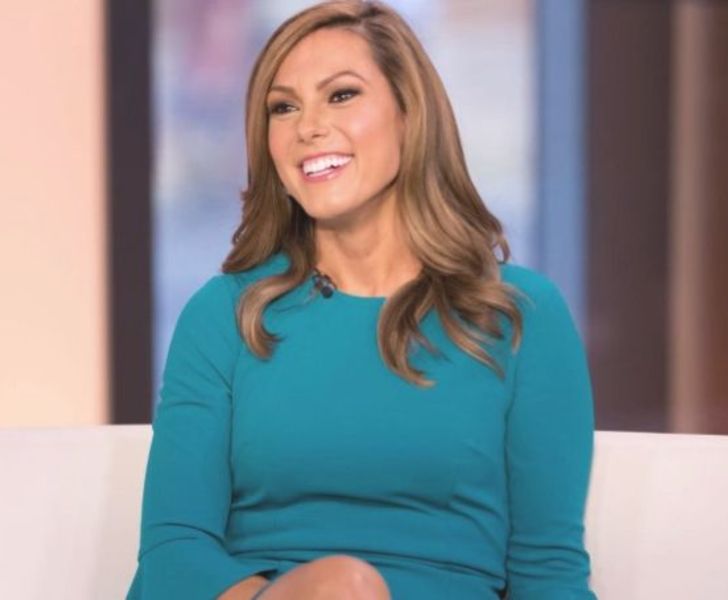 Lisa Boothe is an American political commentator and strategist. She is a right-leaning conservative and is currently employed under Fox News as a contributor and an occasional host of programs like Outnumbered and The Five.

Lisa Boothe was born Lisa Marie Boothe on February 3, 1985, the only daughter of four, to Dianne Wilkinson and Jeffrey Ferris Boothe.

The 35-year-old attended the University of Tennessee – Knoxville, from where she graduated in 2007 with a Bachelor in Arts degree in political science and government.

Lisa Boothe is a right-wing conservative.

Boothe started her professional career straight out of university and worked as a staff assistant in the United States House of Representatives. In 2010, she worked for the National Republican Congressional Committee. Furthermore, she became a spokesperson for the Republican party candidate Sandy Adams in the 2012 congressional election.

Following that, Boothe went on to be a spokesperson for Tommy Thompson’s run for Senate. She also worked as a strategist for Republican candidates like Sandy Adams, Mark Meadows, and Shelley Moore Capito.

Throughout the 2014 election cycle, Boothe worked as the senior director of the Republican polling firm, Black Rock Group. From 2016 to 2017, Boothe was a writer for the conservative magazine, The Washington Examiner. Following that, she worked as a contributor for magazines like The Washington Times and The Hill.

Boothe also worked at WPA Research, serving as the Vice President of Political Polling and Public Affairs Research, and became the founder and president of High Noon Strategies — a political communication and public affairs firm.

Lisa Boothe joined the Fox News team in 2016 as a network contributor. As part of her duties, she provides political analysis and commentary on many of the network’s programs.

She is a semi-regular host on Fox News’ Outnumbered and The Five. Additionally, she is an occasional panelist on the Fox News political commentary show, Special Report with Bret Baier and The Story with Martha MacCallum.

What is the Net Worth of Lisa Boothe?

Lisa Boothe is estimated to have a net worth of $2 million. Her net worth comes from her career as a political commentator and strategist.