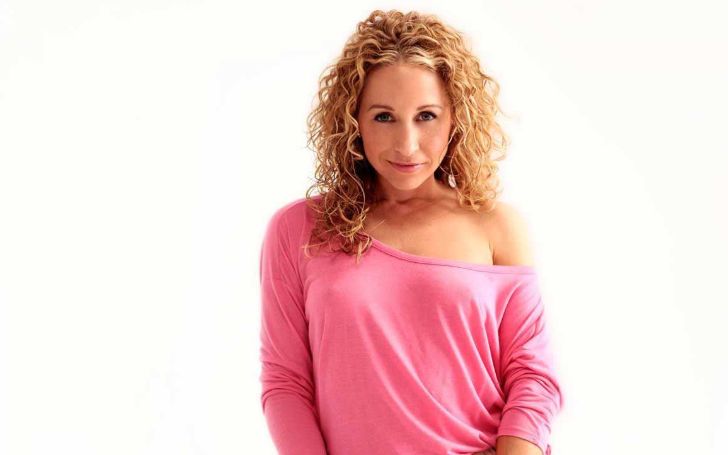 American television host and producer, Katie Daryl is famous for her appearance in the Hollywood gossip show YMZ. As of now, she is serving as the host and executive producer of the AXS TV music count-down series The Top Ten Revealed.

How old is Katie Daryl?

Katie Daryl was born under the birth sign Gemini on June 7, 1984, in the United States of America. She is of American nationality and she belongs to White American ethnicity. However, the information related to her siblings and parents is missing.

Regarding education, she completed her graduated from Arizona State University. While she was in her University days she became the Fiesta Bowl princess in 1999-2000.

She ahs the tall height of 5 feet 2 inches and her body weight is around 52kg.

Who is Katie from TMZ married to?

The 36 years old, Katie from TMZ married to a man named Eddie Adams. Her husband is is a brother of the famous and Oscar-nominated actress and a producer, Amy Adams.

Her husband is not a public figure and has preferred to stay away from the media even after his marriage with a fmaous lady. The pair seems to be happily married as there is no single bad news regarding thier relationship status. As of now the pair resides in Hollywood Hills.

Her Net worth and Career

Katie Daryl has a net worth of $800 thousand as of 2021 from her career as a television host and producer. In USA, TV and radio host’s average salary is around $55,908 per year, so she also might be getting paid her salary in the same range.

Katie Daryl started her career as a part-time radio DJ when she was just 15. Later on, she anchored and produced the morning show for KISS-FM in Phoenix, Arizona. After some years she worked as a intern at the Sports Fan Radio Network. Soon after that, she got the job at the MTV political show Choose or Lose as a reporter.

In her later days, she went on to work on FM radio in Dallas, Texas. Shortly after that she was seen as the co-host of The Mark Cuban Show alongside Mark Cuban for two seasons on CBS and UPN.

From 2013-2017, she worked as a host and the executive producer of The World’s Greatest Tribute Bands.