Is Karen Vi Married Or Dating? Her Son, Husband, Net Worth & Career 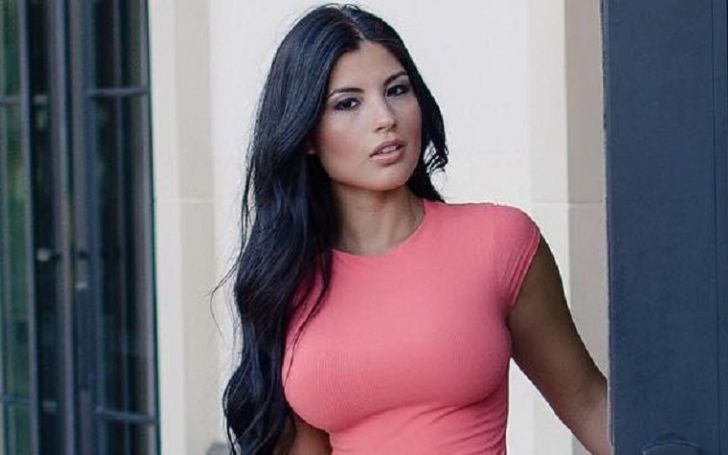 Karen Vi is an American model who is a well-known face in the fashion world. She also gained renown when she appeared in a viral comic music video on YouTube.

Karen has done a lot of modeling for print, commercial, and TV advertisements. She is an in-demand model and has international acclaim. She had competed in the Miss Texas USA pageant in 2008. In the Miss San Antonio American Beauty pageant 2009 she was the first runner-up.

She also won the Conexion’s Hottest Latina and took training under various photographers. She then got her first publication. She has walked the ramp and worked with many alcohol and beer brands. She is also famous as the ring card girl in the boxing industry.

Karen is active on the social media. She has her own YouTube channel and an Instagram which has a huge fan following. Karen had put up a music video which had comical elements on the internet.

Her exact net worth is missing but some of the sources has claimed it to be around $500 thousand.

Who Is Her Baby Father?

Karen Vi has managed to keep her personal life extremely secret and it is not known whether she is dating anyone and has any boyfriend. But she has a son named Grayson. To this date, the father of her baby is unknown.

Karen Vi had got angry when NFL running back Le’Veon Bell had slid into her DMs. She thwarted his attempts before it reached a point where it might be termed criminal encroachment.

She is a fitness freak and also loves to go skydiving and cliff diving.

Karen Vi was born on 3 October 1989 in San Antonio, Texas. Her present age is 28 and she has a biracial descent (Mexican and Spanish).

As regards her parents, there is not much revealed. It is not known whether she has any siblings or is the only child of her parents. There are no details available about Karen Vi’s education on the internet.