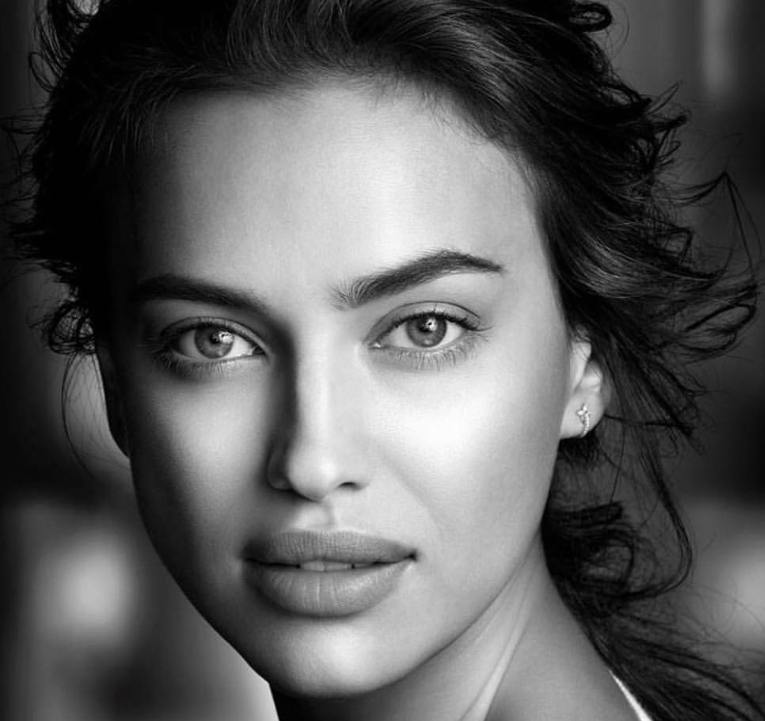 Irina Shayk is a professional Russian supermodel and actress who gained international fame when she appeared as the first Russian model in The Sports Illustrated Swimsuit Issue in 2011.

Similarly, her acting credits include the movie Hercules with former Wrestler and actor Dywane Johnson and the TV series Inside Amy Schumer.

The model grew up in Russia with her only sister Tatania Petenkova. She is aunt to Tatania’s three children- one of them is named after her.

In one of her recent posts, she shared their picture on the occasion of Alas’ birthday with the caption:

“when u find your Twin in another body. My hilarious, genius Turkish brother @mertalas.. all these amazing memories with u!❤️✨”

The supermodel started playing piano at the age of six. Then, she enrolled in music school at age nine and spent seven years learning music and singing in choir.

After high school, the star model joined Marketing; however, she was not satisfied with her career choice. Later on, she joined beauty school with her older sister. Her modeling profession officially started after participating and winning ‘Miss Chelyabinsk 2004’.

Victoria’s Secret model Irina Shayk started her career in 2007 when she appeared in the annual Sports Illustrated Swimsuit Issue 2007. In the same year, she replaced Ana Berros as the face of Intimissimi. She appeared in the yearly edition until 2015.

Additionally, Shayk modeled for Armaniexchange in Spring/Summer edition in 2010. She has also appeared in Kanye West’s Power, Directed by Marco Brambilla. The supermodel was on the cover of Ocean Drive and GQ South Africa for the August issue. The 35-year-old model is listed as the “50 hottest Russian Models” by Complex Magzine.

In 2010 ‘Glamour Spain’ awarded her the “Best International Model 2010”. Also, she appeared on Elle Spain’s cover in the same year.

Did you know? In one of the shoots with GQ Spain, she was accused of posing in nudes. Later on, The images were found to be altered.

Similarly, Victoria’s Secret model has been walking runways for brands like Miu Miu, Burberry, Givenchy, Philipp Plein, and many others. Throughout her career, Irina has appeared on the cover of 38 issues of “Vogue” magazine alone.

She worked on the advertising campaign for Burberry, Lacoste, Armani Exchange, Guess, Victoria’s Secret, and many more.

Also, Irina is an actress and made her debut in the movie Hercules as Megara. She co-starred with Dywane’ The Rock’ Johnson, which was quite a debut.

The Russian supermodel first met the Portuguese footballer and Real Madrid Legend Cristiano Ronaldo in 2009. The duo soon started dating and became one of the most talked-about couples in the world.

The actress joined him at the Fifa Balon Dor ceremony in 2013, the highest individual award for best football player of the year.

Though it seemed like the endgame for the duo, they end their relationship in 2015, the reason being Shayk’s unstable relationship with Ronaldo’s mother.

The supermodel Shayk was recently linked with Kanye West. As per the rumors, they spent quality time together at West’s holiday home in Chicago. The father of four recently separated from his wife, Kim Kardashian.

The duo, however, has not confirmed the rumors.

Net Worth | How Much Is Irina Shayk Worth? Charity?

Shayk’s net worth as of 2022 is $25 million. The supermodel has grossed over the multimillion making her successful career as a model-contracts with modeling companies, reputed brands, and campaigns. According to the sources, the mother of one earns a whopping $1.6 million annually.

The Victoria’s Secret model is into the real estate business and owns two apartments in Manhattan. The apartments cost about $2.65 million and 1.7 million in the real market.

The swimsuit model has also picked up an off-market $6 million pad at 150 Charles Street, near the West Village.

Irina is very active on social media. She has massive followers on Instagram with 18.5 million, on Facebook with 6.7 Million, and on Twitter with 630 k followers, and is considered one of the biggest internet celebrities.

Did you know? Irina lost many Instagram followers after her statement, “If you know me as a girlfriend of Cristiano Ronaldo then You can unfollow me.” Obviously, the die-hard fans of the footballer were offended.