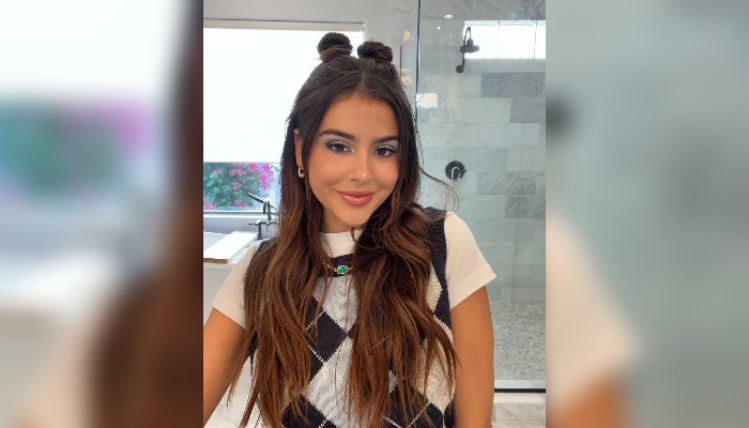 An actress, singer, and social media influencer, from the United States, Lauren Giraldo is renowned for her appearances in FML, Lady Bits, Hope Springs Eterna, Zoe Valentine, and more.

The internet personality rose to fame in 2013 via the now-deleted app Vine. She is also a feminist icon, especially among teenage girls, who have accepted her as their idol.

Lauren Giraldo was born on January 11, 1998, in Los Angeles, California, to parents of Colombian and Spanish heritage. Her younger sister, Kristina Giraldo was her childhood companion.

The rising star is 5 feet 2 inches tall and weighs approximately 45 kg. The 23-year-old with luscious brown hair and big blue eyes has managed to win the heart of millions.

Giraldo was always interested in performing, so; she studied musical theater during her youth. She was determined to be an actor and relocated to Los Angeles to pursue acting as soon as she was old enough.

Career Highlights: From A Viner To A TV Star

Her fan base started to grow at a rapid pace. Within a year of debuting on Vine, she had amassed over 2.5 million users. She was the main character of the vine series “Came Unplug” in 2016 for which, she was nominated for three Streamy Awards in 2016.

“I’ve been a Morphe fan for so many years. I’m sure they’d noticed me flirting with them. And when they asked me to be the face, I was just so taken back, because I was like, ‘Oh, my goodness, Morphe really believes in me like that”.

She was also Lauren Against the Internet host on Go90 and Lady Bits with Lauren Giraldo on the Fullscreen Network.

Furthur, Giraldo surprised her fans by announcing her musical tour in late 2016, where she played original songs. She also released her debut single, “Only Lovers,” in early 2017.

Similarly, her Youtube channel has about 1.07M subscribers. Many videos of her have surpassed three million views, while numerous more have over one million.

As of August 2021, she has 190 videos on her channel where she posts mostly about home, fashion, and lifestyle videos.

Relationship Status: Is She Dating?

Lauren is currently in a relationship with Henrique Borges. She formally introduced her boyfriend to her fans in 2018 via YouTube with a video titled “Boyfriend Tag,” which now has more than 300k views.

The couple seems very much in love, evident from their frequent posts on Instagram.

The duo is together for many years, still growing strong, and the fans cannot have enough of them.

What Is Her Current Net Worth?

The rising actress has a networth of $1 million as of 2022. Her sources of income are Brand endorsements, acting, commercials, and social media.

Along with her acting and modeling career, which are primary income sources, Lauren also earns from her self-titled youtube channel with 1.07M subscribers. As per the sources, she makes $329-$5.3k monthly and $3.9k-$63.2k annually from the channel.

Besides, the Influencer has paid partnership with Morphe, The Farmer’s Dog, and Playtex Sport.

Lauren was also rumored of undergoing plastic surgery to seem more attractive, which sparked speculations and controversy. The rumors, however, were not confirmed. Then she sent an open letter to Essena O’Neil, accusing her of spreading incorrect information on social media.

Lauren is quite into workout these days and has made a huge weight loss. She has created her own “12-3-30” treadmill workout and explained the concept of keeping the treadmill incline to 12, and walking for 30 minutes at 3 miles per hour.

The lifestyle influencer initially shared the idea through her Youtube channel but became popular after she shared it again on her Tiktok.