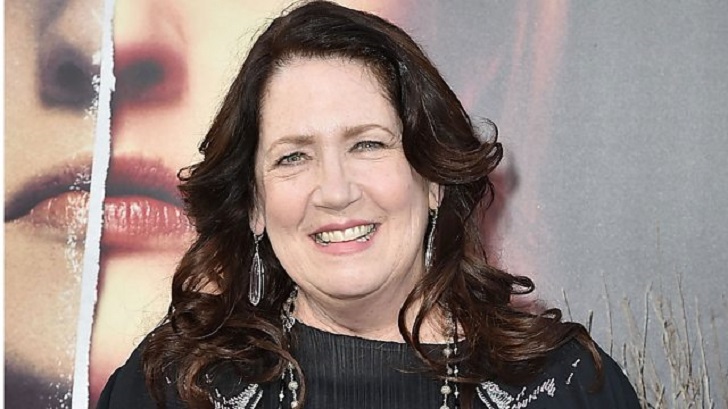 Ann Dowd is an American actress famous for her extremely cruel character ‘Aunt Lydia” in the Hulu series “The Handmaid’s Tale”. The Emmy winner is also famous as  Betty Childress in the series ‘The True Detective’ and is also credited for her role in ‘The Leftovers’ as Patti Levin. Similarly, her other sucessful projects include “Compliance”, “Hereditary”, “Garden State”, and “The Manchurian Candidate”.

Ann was born on 30 Jan 1956 and was raised by her parents, John and Dolores Dowd, in Holyoke, Massachusetts. She has six siblings – Clare, Gregory, Deborah, Elizabeth, John, and Kathleen. All of them are accomplished in their respective careers.

Her family was very religious and Christian. Actress’ upbringing was in the Irish Catholic church. She received an education with the help of Nuns for ten years.

The actress was very passionate about acting since childhood as her father would sing and perform around the house alongside her. Her motivator and influencer was her dad, who sadly died when she was a senior in high school. Now, her acting became not only her hobby but also the dream saw by her old man.

The Hereditary star went to The Theatre School at De Paul University, Williston Northhampton School. Later, she attended the College OF Holy Cross and graduated with the degree of Master of Fine Arts (MFA).

The Emmy Award winner fell in love with Lawrence Arancio, an actor, director, and writer. The couple first met when both of them were acting students in Chicago.

Eventually, they started dating and after a few years, got married in 1984 in an intimate wedding ceremony. The duo is blessed with three kids; Emily Arancio, Liam Arancio, and Trust Arancio. Dowd is a foster care advocate and even adopted Trust when he was six years old.

Net Worth: Income Source And Salary

The 65-year-old actress has been acting since 1983 and along with name and fame, she also earns a considerable amount of money. Her net worth as of 2021 is estimated at $4 million.

The actress loves to collect artistic monuments, statues, and artifacts. She likes to decorate her luxurious house with a classic designated sofa, furniture, etc.

Ann Dowd is famous for her dark, scary, and super villainous characters totally opposite of her real-life personality. She started her acting journey doing theatre in Chicago.

Her first theatre act was “ A Different Moon” in 1983. She is still ruling the acting world by her majestic performances at the age of 65.

1985 was the year when Dowd got her first big break and she appeared in the television movie “First Steps” Moreover, she acted on the series “Law and Order” and the other four franchises of the series. She got her First award for the movie “Candida”.

She, however, got international attention for her role in The Handmaid’s Tale. Though fans hate her character on the show, they love her performance. The star even won the prestigious Emmy Award for her supporting role in the show.

She has won more than 45 other awards and years after years Ann is delivering fantastic performances on movies and T.v series such as “Garden State”, “The Manchurian candidate”, “The Ture Detective”, “Hereditary”, and among others.

Currently, the True Detective actress weighs 60 kg (132lbs) which was a surprising transformation. She amazed her fans earlier this year with her new physique. As per the sources, she followed the strict diet plans and even consumed BioFit products for easy weight loss, but she has not referred to any products.