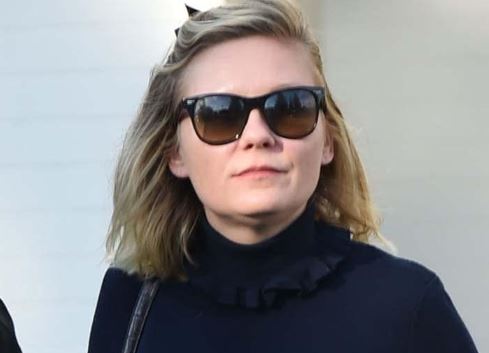 Her daughter Kirsten is popular for starring in the movies like Interview with the Vampire, Little Women, Jumanji, and Small Soldiers. Moreover, she received the Cannes Film Festival Award for Best Actress for her role in the science fiction drama Melancholia.

Inez Rupprecht married her husband Klaus Dunst in around 1980. The details about their wedding is not available.

Klaus used to work for Siemens as a medical services executive. He is a German, originally from Hamburg.

She shares two children with Klaus, a daughter named Kirsten Dunst born on April 30, 1982 and a son named Christian Dunst born in 1987.

Inez and her spouse separated in 1993 and she relocated to Los Angeles with her two children where she raised them. Their divorce was finalized after two years in 1995. She hasn’t been involved in any relationship since then.

Inez Rupprecht has got all the limelight due to her celebrity daughter Kirsten who is an actress. She was born Kirsten Caroline Dunst on April 30, 1982 (age 40) in Point Pleasant, New Jersey, U.S.

She was born to German father and American mother of German and Swedish descent. Rupprecht also has a younger brother named Christian.

Dunst studied at Ranney School in Tinton Falls until her parents’ divorce but later moved to Los Angeles with her mother and brother and studied at Notre Dame High School.

Kirsten did several commercials as a child fashion model and also appeared in short roles in some movies. She made her breakthrough appearance in the horror drama Interview with the Vampire in 1994.

In her early days, her daughter Kirsten had difficulties in coping with her rising fame and even blamed her for forcing her in modeling and acting at a young age.

However, she later praised her mother Inez for giving her a normal life and said that she always had the best intentions.

Being a child actress can really be unhealthy for your psyche. But my mom always sent me to normal school [Notre Dame in Los Angeles], so I never missed out on the prom or field trips or any of that stuff.’

She also said that she had no regrets of growing up as a child model.

“Well, it’s not a natural way to grow up, but it’s the way I grew up and I wouldn’t change it. I have my stuff to work out… I don’t think anybody can sit around and say, ‘My life is more screwed up than yours.’ Everybody has their issues”.

Who is Kirsten Dunst’s Husband?

The former child actress is currently married to Fargo co-star Jesse Plemons. They met on the set of the FX series “Fargo” in 2015 where they played the role of married couple.

Kirsten welcomed her first child, a son Ennis on May 3, 2018 and was blessed with the second son James Robert in May 2021.

The duo tied the marital knot in July 2022. They married at the luxury GoldenEye resort in Ocho Rios, Jamaica.

Previously, she dated On the Road co-star Garrett Hedlund from 2012 to 2016. They were briefly engaged but called in a quits.

How much is the Net worth of Inez Rupprecht?

The celebrity mother worked as a Lufthansa flight attendant but has left the job now. Moreover, she also worked as an artist and even owned a gallery to support her living and give a good life to her children after her divorce from her former husband.

Unfortunately, there is not information about her earnings and net worth.

Her daughter Kirsten is reported to be worth $25 Million. She makes a good earning as an actress and model and has starred in several high grossing movies.

Likewise, she owned a house in Toluca Lake, California. She had bought it in 2001 but later sold it for $4.5 million in 2019. Moreover, she also owned a property in Nichols Canyon, California which she sold for $1.4 million in 2010.

Besides, she has an apartment in lower Manhattan.

You Might Want to Read: Magda Prinsloo- Things to Know About Behati Prinsloo’s Mother