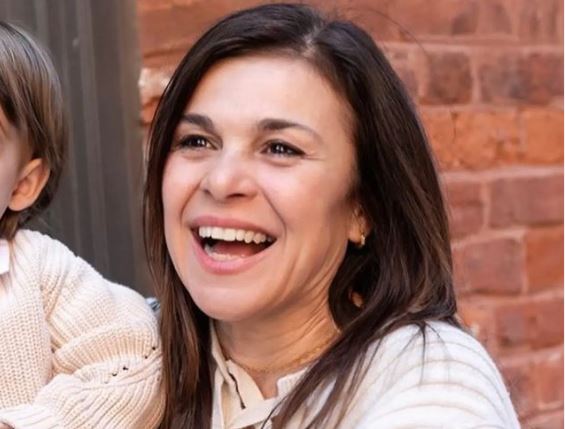 Edith Sarfati is the mother of American actress, singer, and songwriter Lea Michele.

She is a former nurse who married Marc David Sarfati, a real estate agent.

Her daughter Lea is an American actress, singer, songwriter, and author, popular for starring Rachel Berry on the Fox series Glee. Furthermore, she has worked on various Broadway productions like Les Misérables, Ragtime, Fiddler on the Roof, etc.

Porcelli is her maiden name. Her ancestors came from Rome and Naples and followed Roman Catholicism.

Unfortunately, we don’t have any details about her family members and her childhood.

Who is Edith’s husband?

Edith Sarfati is currently married to Edith Sarfati. The couple, who first met each other in 1975, tied the wedding knot after dating for 5 years in 1980.

They welcomed their only child Lea Michele Sarfati on August 29, 1986, after 6 years of marriage.

Her husband Marc is a real estate agent who also owned a delicatessen previously.

His ancestors came from Thessaloniki, Greece and followed Sephardic Jew.

His wife and his daughter followed Roman catholicism. Marc also attended church with them.

The couple lived in The Bronx, New York for a decade and shifted to Tenafly, New Jersey. They also rented an apartment in Manhattan to watch their son perform on Broadway.

Cancer and its Cure

Edith was diagnosed with uterine cancer in 2004 while her daughter Lea was 19 years old.

She was successfully treated at the Memorial Sloan Kettering Cancer Center in New York City.

Edith has a very close bond with her daughter as she is often seen attending her daughter’s concerts and programs.

The actress also loves her mother a lot and frequently shares her photos on her social media.

On Mother’s Day in 2020, Lea posted a photo of them on her Insta and wrote:

The best Mother’s Day with the best mother in the world. I love you mom💛

About her Daughter Lea Michele Sarfati

Edith’s only child Lea Michele Sarfati, popular as Lea Michele, was born on August 29, 1986, in The Bronx, New York, U.S.

She spent her childhood in the suburban area of Tenafly, New Jersey and attended Rockland Country Day School.

She also performed on Broadways while studying at Tenafly High School. Moreover, she also worked at a bat mitzvah dress shop and her father’s deli during her teenage.

Despite getting offers to attend New York University’s Tisch School of the Arts, she opted to continue her professional career.

Edith’s daughter made her debut on Broadway at the age of 8 playing the role of Young Cosette in Les Misérables. She then portrayed in Ragtime in 1998.

Lea is best known for starring as Rachel Berry in the Fox musical comedy-drama series Glee. She received several awards and nominations for her role in the series.

She has released several singles and studio albums titled Louder, Places, Christmas in the City, etc.

The Glee star is married to a businessman Zandy Reich since March 9, 2019. Their wedding ceremony was held in Napa, California.

Lea and Zandy were engaged on April 28, 2018, after dating for some years.

They announced that they were expecting their first child on May 2, 2020, and welcomed a son named Ever Leo on August 20, 2020.

Earlier, Lea was reported to be dating her Glee co-actor Cory Monteith. They began their relationship in February 2012 and remained together until Cory’s death in July 2013.

Edith is a retired nurse so, she doesn’t have any source of income. However, she reportedly earned around $50 thousand annually during her career.

Her daughter is an actress, singer, and songwriter, who has a net worth of $14 Million. She made most of her net worth from her appearance in Glee.

She has also modeled for various products and earned well from the endorsements. She is a spokesmodel for Dove and has also appeared in a Super Bowl commercial for Chevrolet.

The Glee star has made thousands of dollars more from other brand endorsements and advertisements.