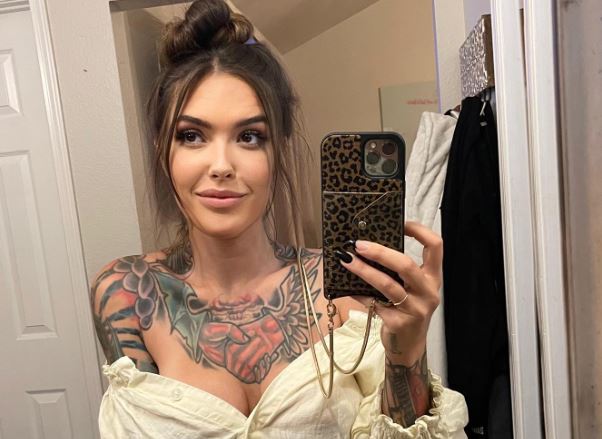 Casey Patridge is an American NFT collector, actress, and social media star who is also popular as the younger sister of Audrina Patridge.

Her sister is a popular TV personality, actress, and model known for her appearance in the reality television series The Hills. Besides, she also competed in the 11th season of Dancing with the Stars.

Casey was born Casey Lorraine Patridge in 1986 and is aged 36 years as of 2022. She was born in Los Angeles, California, U.S. and holds an American nationality.

Her parents are Lynn (née Clelland) and Mark Patridge and has English, German, Belgian, Italian and Polish ancestry.

She grew up in Yorba Linda, California with her siblings.

She currently works as a graphic designer. Moreover, she has also made guest appearances on her sister’s shows Audrina (2011), The Hills (2006) and The Hills: New Beginnings (2019).

Likewise, she is also a businesswoman and is a founder of a make-up line, Elizabeth Knight in honor of her best friend who was killed in a car accident.

Who is Casey Patridge’s Husband?

Who is Kyle Loza?

Her husband Kyle is an FMX (Freestyle Motocross) rider born on May 15, 1986 (age 36). He is also a tattoo artist and has also founded a group Riders 4 Christ.

Casey has inked tattoos on different parts of her body.

Moreover, he is also a guitarist and front man at an Orange County rock band called “Piranha Fever” with his wife. As a professional rider, he has won many medals.

Her older sister Audrina Patridge was born Audrina Cathleen Patridge on May 9, 1985, in Los Angeles, California, the U.S. She is 37 years old and is 14 months older than Casey.

Audrina is a single mother raising her daughter Kirra Max Bohan. Earlier, she was married to Corey Bohan who she met on her MTV reality show in 2008.

After dating for several years, they got engaged on November 20, 2015.

However, they soon separated after a year and Audrina filed for divorce claiming that her husband acted violently and threatened suicide.

Their divorce was finalized on December 20, 2018, and Casey’s sister was granted full custody of their child.

Casey Loza is an NFT collector and also makes money from it. Besides, she also earns from social media promotions and other sources. Her net worth is expected to be $200,000.

She is on Instagram as @caseyloza where she has 80.9K followers. She frequently shares photos of her daily activities, vacations, etc on her Instagram.