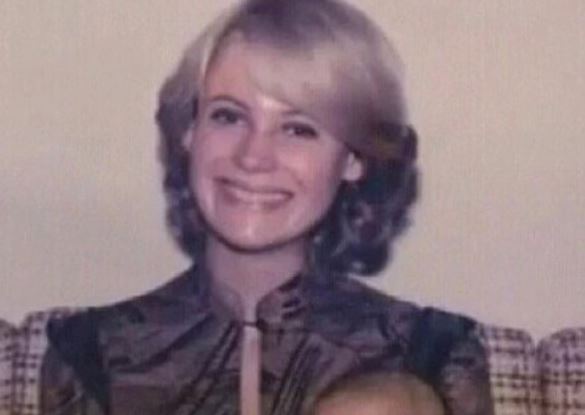 She is married to Louis Francois Prinsloo and they are the parents of their only child Behati.

Magda used to run a bed and breakfast, a small lodging establishment that offers overnight accommodation and breakfast.

She was born in Cape Town, South Africa but is Namibian by nationality. Born in an Afrikaners family, Prinsloo spoke Afrikaans as her native language.

Who is Magda Prinsloo’s Husband?

Magda is married to Louis Francois Prinsloo popular as Boet Prinsloo. They probably had their wedding in the mid-1980s in Grootfontein, Namibia, then part of South West Africa.

They are the parents of only daughter Behati Prinsloo born on 16 May 1988.

Magda and Boet relocated to Namibia when their daughter turned three.

Her husband Boet initially worked in South Africa but was appointed the church minister after returning to Namibia.

However, the family has now moved to the United States due to Behati’s modeling career.

She attended Grootfontein Secondary School but dropped about after grade 9 to pursue her career in modeling.

She has walked in the fashion shows for several brands like Louis Vuitton, Versace, Calvin Klein, Chanel, Christian Dior, Ralph Lauren, and many more.

Besides, she has featured on the cover of magazines like Vogue Spain, Vogue Turkey, 10 Magazine, Elle Italia, V Magazine, etc.

Who is Behati Prinsloo married to?

Behati and Maroon 5 frontman Adam Levine are married since 19 July 2014. They tied the knot at Flora Farms in Los Cabos, Mexico in presence of around 275 guests, family, and friends.

Prinsloo and Levine started dating in 2012 and were engaged in 2013.

They first met online and dated for some weeks. However, the pair split for some time and again reunited.

Behati had no aim of being a model and neither had thought about doing modeling in some part of life. There is an interesting story behind how she got into modeling.

When she was in school and enjoying her vacation in Cape Town with her grandparents, she was noticed by a scout of a modeling agency.

He approached her and left her his phone number.

It wasn’t just a random person but turned out to be Sarah Doukas, the founder of Storm Model Management. She is popular for discovering Kate Moss and countless other top models.

She then traveled to England for a modeling job in 2005 and soon gained fame. After that, she modeled in Milan and in Europe and also did a photo shoot for Vogue Italia.

Behati Prinsloo’s Tattoos and their Meanings

The Namibian Supermodel and activist has 4 tattoos.

She has three dots inked on her ring finger which she named ‘Wedding Ring Tattoo’ Tattoo. When asked about it, she said, “I wanted a [tattoo] ring but everybody does the ring so I got the three dots.”

Behati has inked three circles with a dot in the middle on her neck. Moreover, she also has inked the writing “you`re soo cool” thrice on the left side of her body.

Besides, she has inked another writing “Dusty” on side of her left forearm, which is the name of her daughter Dusty Rose.

Magda used to run a bed and breakfast in Namibia but has now shifted to the United States and lives a retired life.

She reportedly doesn’t have any income source and might be supported by her daughter who is reported to be worth around $30 Million.

Behati is Victoria’s Secret Angel and has modeled for many popular brands. She makes good earnings from her modeling career.

Moreover, she has partnered with her husband and founded a tequila company called Calirosa in 2021.