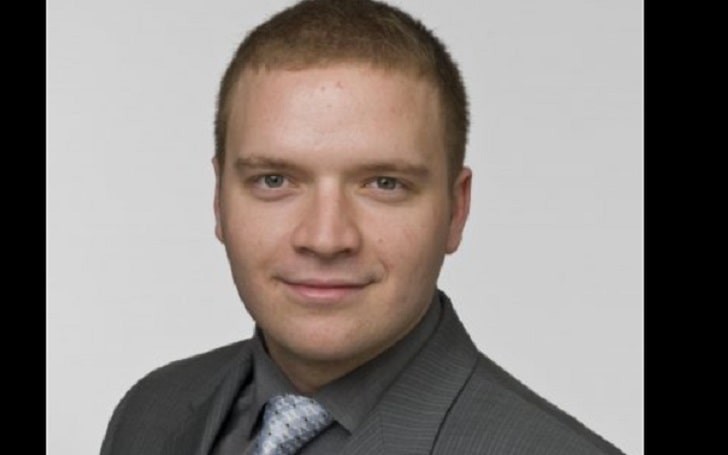 Dylan Provencher, a Canadian actor (like Mark Ghanime), and realtor got acknowledgment with his portrayal in the tv movie, The Sweetest Gift where he emerged as Justin Martin. His work also helped him win the Young Artist Award in 1999 which he shared with Kristin Fairlie and Marc Donato. The Toronto-based actor also has an impressive portfolio as a realtor.

Wind At My Back Star’s Age and Wiki-Bio

Dylan Provencher was born in Montreal, Canada in 1983 making his age 38 years as of early 2022. The 38 years old actor lights his birthday candle on June 1 every year. The Wind At My Back cast holds Canadian nationality and his birth sign is Gemini.

The 6 feet tall actor is now based in Toronto, Ontario, and is busy with his work. The actor moved to Toronto from Montreal when he was a child and his family uprooted themselves so that he could pursue an acting career. Provencher grew up alongside his brother Sean Provencher.

Take A Look At His Career As An Actor and Realtor

The Goosebumps actor was interested in acting from an early age and as much as he loved acting, he was also interested in the real estate business. He made his acting debut in 1996 as Trevor Reilly in the television series Are You Afraid of the Dark? In the same year, he got a chance to play the role of Kevin Bailey in another television series, The Pretender.

Furthermore, the talented actor began getting more interested in the field and later worked on various projects. The In His Father’s Shoes cast starred as Chris Wakely / Hat in Goosebumps from 1996 to 1997. His other notable works are Owd Bob, The Sweetest Gift, Earthquake in New York, The Wonderful World of Disney, etc.

Likewise, he was a cast of Real Kids, Real Adventures, released in 2000. The Young Artist Award-winning actor got more into recognition after portraying Hub Bailey in the hit tv series Wind at My Back. From 2001 to 2002, he appeared in A Wind at My Back Christmas and Ta voix Dans la Nuit.

Apart from his acting career, Dylan works as a realtor in Toronto Ontario in his own company with his brother. According to his Linkedin bio, he is also the owner of the PATH Real Estate Team.

Yes, the prominent Canadian realtor is happily married to his wife, Chelsea Provencher. The lovebirds are together with each other for a quite long time and they often share pictures via their Facebook account.

In addition, Chelsea and Dylan exchanged wedding vows in August 2014.

Exploring some posts of Dylan on Facebook, we learned that, he has two children together with his wife. Their second child was born in 2019. Moreover, the happy family of four resides in Toronto, Ontario.

Dylan Provencher’s Net Worth and Earnings

As reported by the Net Worth Post, Dylan has preserved a net worth of over $500,000. Goosebumps alum has added a good sum of money from his acting career as he has worked in various films and television series. Additionally, the average salary of an actor in Canada is $99,102 a year and $48 an hour.

So, while acting, the actor must have earned in the same range. As mentioned earlier, Provencher is also a realtor and the average pay for a realtor in Canada is $119924 per year. Moreover, he has worked in several real estate companies from where he has surely received a decent profit.