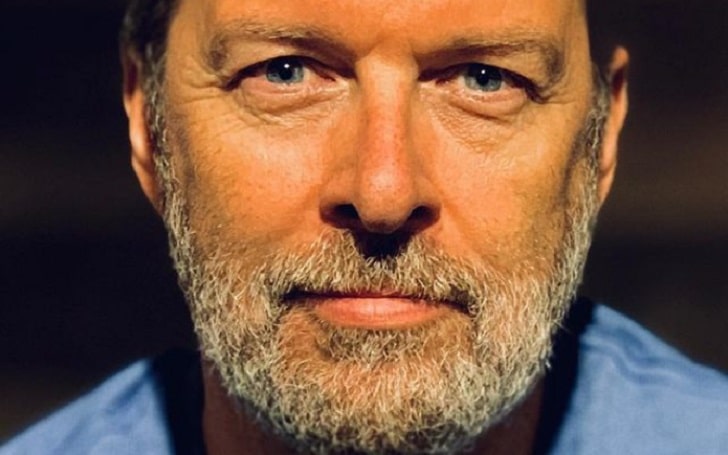 Ken Tremblett is an experienced Canadian actor who gained widespread recognition for his appearance as Jim Lowe in the Nickelodeon TV series Caitlin’s Way from 2000 to 2002. The Leo Award-nominated actor has appeared in approximately 90 TV commercials in Canada and the U.S.

Born on November 22, 1965, in Pembroke, Canada, Ken Tremblett is 56 years old as of early 2022. He has two siblings and is the oldest of all. The three children were raised by their parents Jim and Jean Tremblett. His father, Jim was a military police officer.

The family lived in nearby Petawawa and they moved 17 times before Ken’s 18th birthday. Furthermore, Tremblett attended university in Canada for one year before dropping out to pursue acting.

In senior year, Tremblett already started acting. The passionate actor debuted on the big screen by landing the role of Skater Gang in the television series Bordertown, released in 1990. In the same year, he also worked in another tv series, Burning Bridges. Meanwhile, he was a regular cast of 21 Jump Street (1987 to 1990).

His work began getting more recognition and many professionals gave him offers. The talented actor has worked in more than 90 films and television series including Northwood, Love on the Run, University Hospital, Two, Their Second Chance, and The X-Files. In 2000, he emerged as Brent Frazer in the film The Guilty.

The following year, the 21 Jump Street cast starred in UC: Undercover, which also stars figures like Angie Everhart. From 2000 to 2002, he played the part of Jim Lowe in Caitlin’s Way helped him get nominated for the Leo Award.

Similarly, we can see his appearance in Aurora Teagarden Mysteries, Wedding of Dreams, and many other television series & movies. His recent works are A Valentine’s Match and Owen.

The Midnight Sun Cast Wife: Insights On His Love Life

It looks like the Midnight Sun star is a married man. Like many other actors, he also prefers keeping his personal life far from the public’s eyes. Back in 2014, Tremblett posted a picture with his daughters. However, the actor has not disclosed his partner’s identity.

Not only that, but Tremblett shared some photos of his wife on his Twitter account where we can find him as @KenTremblett. Apart from that, he also uses Instagram and his username is @kentremblett. So, we can follow him on these platforms to get more details of his present lifestyle.

Ken Tremblett In 2022: His Income Sources

The Owen cast has amassed a huge sum of money from his long-term career in the showbiz industry. Some online sources estimate his net worth between $500,000 to $1 million. All of his fortunes are gathered by his films and television series. In addition, the average salary of an actor in Canada is $99,091 a year and $48 an hour.

So, by working in these big-budget movies, Ken has surely received a good profit. Apart from acting, he has also produced a short film, The Faceless Man. And in Canada, the average pay for a producer is $66,612 per year or $34.16 per hour.