Actor Mark Ghanime Biography: Who Is His Partner? 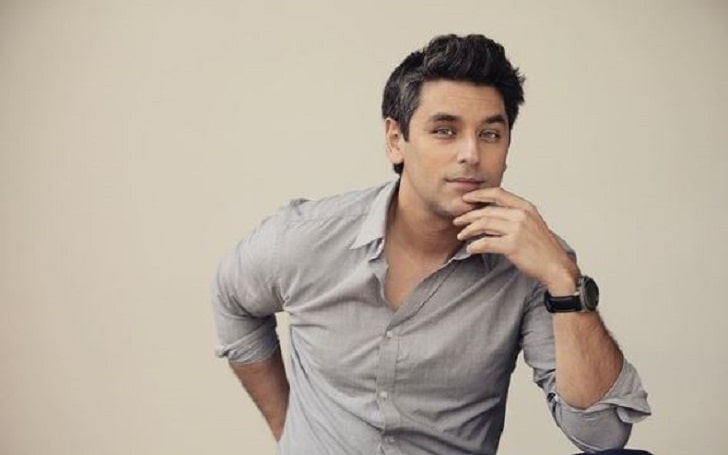 Mark Ghanime is a Lebanese-Canadian actor and producer famous for his amazing work in the Syfy original series Helix and Don Carlos on The CW series Reign. Besides, he also has a recurring role in the TV series The Wedding Planners since 2020.

The 44-years old actor is raising a daughter, Mika, in Montreal together with his partner.

Who Is Mark Ghanime Partner? (Relationship and Daughter)

Ghanime has kept his affair and relationship very private, however, he is currently engaged and has a partner. Mark has clearly mentioned that he has a partner and is a father of a child on his Instagram bio.

The TV star is currently raising his daughter Mika with his partner and her pictures can be found on Mark’s networking sites. The talented actor keeps his love life far from the public sources making it pretty challenging to know about his romantic affairs.

The Wild Roses actor has shared several photos with his co-actors on his Instagram but has completely kept his partner in the shade.

On the other hand, his sexuality has become a curiosity to all his fans and well-wishers. People assume he might be gay, but his sexual orientation is straight. Also, none of the verified sources have covered the news regarding his sexual preference.

On December 1, 1977, Mark was born in Calgary, Alberta, Canada, to his Canadian mother and Lebanese father. His age is 45 years now. The well-established figure was raised in Montreal, Quebec, Canada.

Besides, he is trilingual and speaks French, English, and Arabic due to his diverse ancestry.

While growing up, Ghanime had a passion for becoming a businessman and getting involved in real estate. But in his early twenties, Mark began taking vocal lessons and hip-hop dance classes. And in 2004, he got a chance to appear in Chasing Freedom. After that, his acting intensity grew, and he aimed to pursue a career in it.

Being an actor and producer, Mark Ghanime makes a fruitful sum of money. His net worth is reported to be around $1 million. In Canada, the average earnings of an actor is $99,228 a year, so his income might be in the same range.

Apart from that, he might make money from sponsorship and endorsement deals. He has worked in various movies and television series. So, his bank balance might have increased by working on several hit projects.

Mark is also a cast on The Wedding Planners since 2020. He could be earning thousands of dollars per episode from the show.

Since 2004, Mark has been professionally engaged in the showbiz industry. His breakthrough came in 2006 after portraying a Lebanese Gangster in the movie Take Out. And in 2007, he starred in Perfect. His other notable credits are Smallville, Supernatural, The True Heroines, Citizen 101, The Secret Circle, etc.

Besides, he also served as an associate producer in the tv series, Soldiers of the Apocalypse. In the respective project, Mark was an art director. He got more into media prominence after landing the role of CSI Detective in Fairly Legal. Meanwhile, he recurred as Justin Faysal on the Chiller horror anthology series Slasher in 2016.

In the tv series Helix, Ghanime appeared alongside Cameron Brodeur. Similarly, he has worked in various movies with numerous actors and actresses. He has 43 credits as an actor in his IMDb profile. We can see his appearance in Virgin River which also stars Lauren Hammersley. Additionally, Ghanime has appeared with Tom Austen in the television series named The Bold Type.