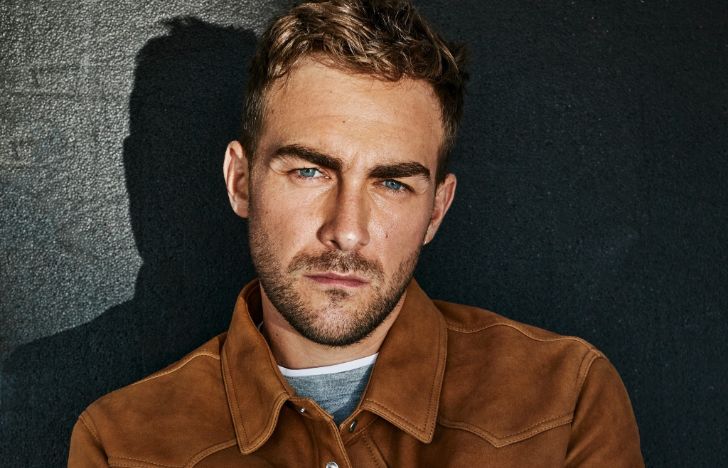 Famous as Jasper Frost on the primetime television soap opera The Royals, Tom Austen is an English actor. He is also known for his roles in Misfits, Unforgotten, and Grantchester.

What Is The Net Worth Of Actor Tom Austen?

Profession since 2010 in the film industry Tom Austen has altogether 22 acting credits under his name. He made his acting debut as a rent boy Anto in an episode of the series Shameless.

Additionally, the actor played various roles in some episodes of TV shows like Doctors, The Borgias, Misfits, London Irish, and Agatha Christie’s Poirot.

Eventually, he earned the main role of Mac in a British comedy-drama Beaver Falls in 2013.

Then, Austen portrayed the role of Guy Hopkins in the IV detective drama Grantchester (2014–2017) with James Norton and Tom Brittney.

Also, he is a part of films and series such as Jo, Unforgotten, Legendary, Ironclad: Battle for Blood, Bitter Harvest, and No. 89.

Recently, in 2020, he was featured in the television series, The Bold Type and Helstrom.

Without a doubt, the English actor earns a decent sum from his rising acting career. As per reports, Tom Austen has an estimated net worth of $500,000 in February 2022.

Born And Raised In Hampshire: Does he have Siblings?

Tom Austen’s full name is Thomas Michael Carter. He was born on September 15, 1988, in Hampshire, England.

The Bold Type actor Tom spent his childhood days with his younger sibling, Freddy Carter. His brother is also an actor by profession. Further details about his family and parents are yet unavailable.

Austen went to Queen’s College, Taunton. Later, he attended the Guildhall School of Music and Drama.

Relationship History: Who is his Partner?

At the moment, Austen’s relationship status is unmarried. His personal life is under wrap as he has kept even a single detail within himself.

It is really hard to figure out if Helstrom’s actor is single or dating as of 2021. However, there was once a rumor that Tom is dating his The Royals co-star Alexandra Parks.

His fans started to speculate, that the couple is lovers due to their chemistry on the show. Even the duo shares a great bond off-screen. However, the pair denies the rumor and said they were nothing more than good friends.

When and where was Tom Austen Born?

What Is His Age?

How Tall Is Tom Austen?

Who Is Tom Austen’s Partner?

Currently, Tom is single. He does not have a wife, girlfriend, or partner as of 2022.