David Alpay Biography: Who Is His Wife? 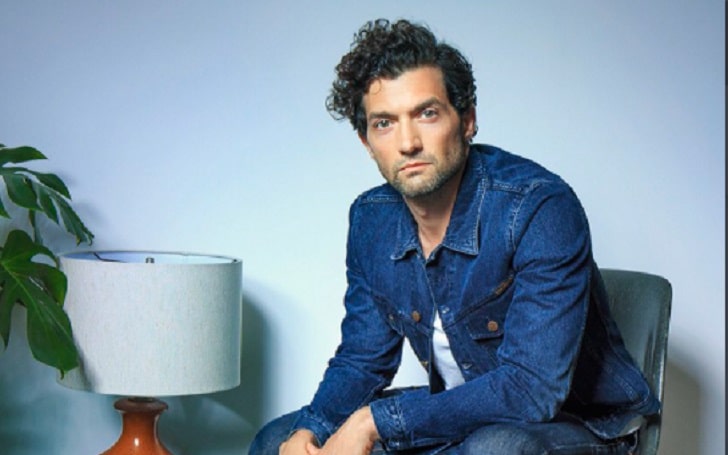 David Alpay is a famous Canadian actor, musician and producer who is best known for his role Mark Smeaton in the iconic tv series The Tudors. The Toronto native has amassed a massive fortune from his active involvement in the showbiz industry since 2002. Besides, Alpay has also starred as Atticus Shane in the popular teen supernatural series The Vampire Diaries.

Born in 1980, David Alpay is 41 years old. He grew up in Toronto and North York, Ontario. The actor lights his birthday candle on October 6 every year. The 5 feet 7 inches tall actor attended the University of Toronto and had visions of being a neuroscientist.

David was raised by his parents, whose identity is still a mystery to the public. He is also prying on music and can play the violin. After completing his education, Alpay began his career in the showbiz industry.

Alpay debuted in the showbiz industry by appearing in Raffi in Ararat. After two years, he got a chance to star as Jack in the television series, Wild Card, released in 2004. His amazing acting skills got more recognition, and later, he came into tv series like Whiskey Echo, Sabah, Kevin Hill, Slings and Arrows. Further, he appeared in the political comedy Man of the Year in 2006.

Currently, he has over 55 credits as an actor on IMDb. Throughout his long-term journey in the film industry, Alpay has mainly worked in television series. So, his most known roles can be seen in The Tudors, Dollhouse, Unstable, Miami Medical, Rizzoli & Isles, Weekends at Bellevue, and The Borgias. Not only that, he has worked alongside various personalities in different projects like The Vampire Diaries that star Malese Jow.

In the year 2013, he landed the part of Ryan Bonham in the hit tv series CSI: Crime Scene Investigation. The respective series has also featured famous figures like Billy Gardell and Mae Akins Roth. Apart from that, he is also a voice actor and has given voice work in Call of Duty: WWII. And David also has an interest in producing films, so he is now working as an executive producer in his upcoming documentary Art Officially Favored.

Wife Or Partner: A Look At His Marital Life

The Americana alum has been able to keep his personal life away from the media. So, there is no news of his partner or wife. However, his social media posts show Alpay taking pictures with different beautiful women. His fans speculated some of the ladies featured on his Instagram post might be his loved ones.

As Alpay has not opened up about his love life, we can say he is single and does not have a lover. Like many other personalities, he also prefers keeping his personal bio confidential as he is aware of his privacy.

The Prism star loves spending time with his family and friends during his spare time. We can follow him on Instagram, where he is registered as @davidalpay.

The Nancy Drew cast has been working professionally in the film line since 2002. Throughout journey in the entertainment field, Alpay has collected a massive fortune. According to Wiki. Ng, David is estimated at a net worth of around $1 million. But some other sites say he has a net value of between $1 million to $5 million.

Alpay has most of his gains from his active work as an actor. The actor has given various hit series, which has surely paid him well. In 2006, he appeared in Man of the Year and the budget was $20 million and grossed around $41.2 million. The Tudors alum has garnered over 12k followers on his IG and his earning from a single post is $83.25 – $138.75. And it is obvious that his net worth will increase in the future as David is still working as an actor.