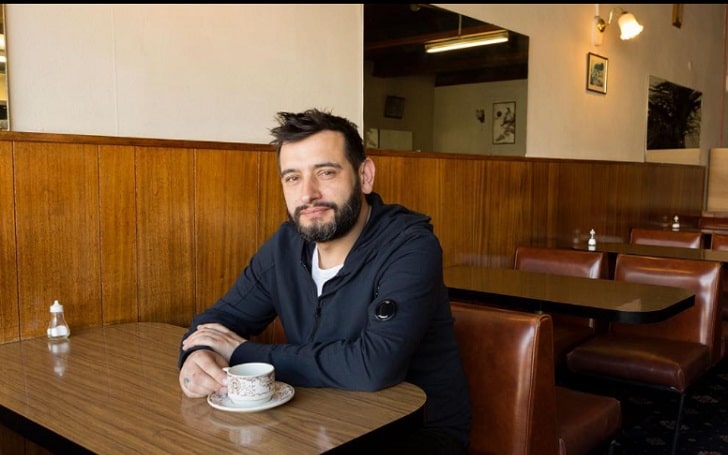 Dan Cadan is an experienced English writer, movie director, and producer recognized for his work in movies like Walk Like a Panther and Snatch. Rather than that, Cadan got additional recognition on the internet as the ex-husband of the famous Bermudan-English movie actress and Game of Thrones alum Lena Kathren Headey.

Marriage and Divorce With Lena Headey

Walk Like a Panther alum married his childhood friend, later turned wife, Lena Kathren Headey. The former couple tied the knot in 2018 and shares a couple together Their beautiful child Teddy Cadan was born on July 10, 2015.

Further, Cadan and Lena worked together in a short film, The Devil’s Wedding. However, the pair could not maintain their relationship and were separated by June 2019. Now, Cadan is a single man who is working in the industry.

On the other side, actress Lena was formerly married to Peter Paul Loughran from 2007 to 2013. They also have a son Wylie Loughran, born on March 31, 2010. Talking about their divorce, Lena filed for divorce in July 2012 and their divorce was finalized in December 2013.

Dan Cadan was born in Huddersfield, Yorkshire, England, the UK, on January 2, 1975. The 47 years old actor holds British nationality and went to a local high school in his hometown in Huddersfield for his High School.

During his early days, Cadan played soccer and basketball. And he used to enjoy watching horror movies, which motivated him to get involved in the showbiz industry. The writer is of secretive nature, and his family details are missing from the internet sources.

A Look At His Professional Life

Cadan came into the showbiz industry in 1998 by working in Lock, Stock and Two Smoking Barrels. Initially, he worked in the additional crew. After 1998, Snatch star worked on projects like Revolver, Swept Away, and Snatch. Moreover, he also co-directed the recent H & M commercial with Madonna, featuring the lady herself.

Not only that, he wrote the liner-notes of Madonna’s GHV2 album. Further, he directed various promos for UK bands, including The Orange Lights and Lost Alone. Similarly, Cadan is also a producer and writer whose works can be seen in Walk Like a Panther, The Devil’s Wedding, and Ill Ray: the King. His recent project Noel Gallagher’s High Flying Birds: We’re on Our Way Now was released in 2021.

Apart from that, the former celebrity husband has also landed the role of Dazzer in the movie Morvern Callar, which was released in 2002. Moreover, he directed the Mumford & Sons video for Lover of the Light with Idris Elba. He got more into prominence after working with Madonna. In addition, Madonna is an American singer-songwriter and actress who is considered one of the most influential figures in popular culture. Not to mention, Madonna is dating her boyfriend, Ahlamalik Williams.

The prominent British director has worked on several projects but has acquired decent fortune with his outstanding work. As per a source, his net worth is around $8 million, but some say it is somewhere between $1 million to $5 million. The major of his gains comes from his work in the showbiz industry.

In the United Kingdom, a director earns $127124.67, and a producer makes $54301.85. He is also a writer, and the average pay for a writer is $38049.93. So, the writer might have a salary in the same range. Also, he has worked with popular personalities, including Madonna, which has helped him accumulate deserved returns.