Cheyenne Tozzi Biography: Who Is She Dating Now? 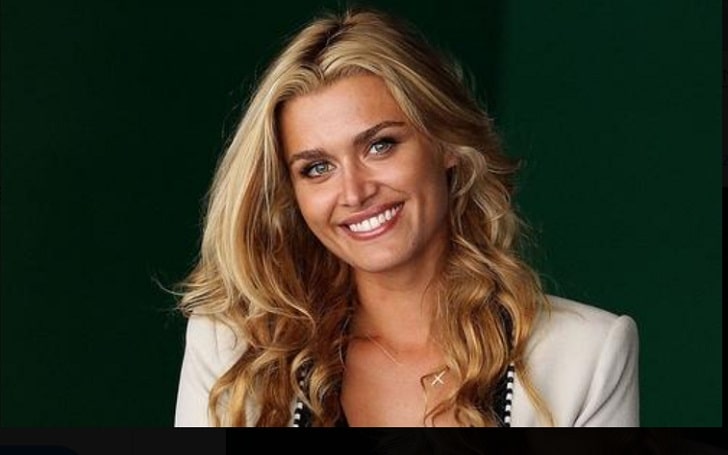 Cheyenne Tozzi is a famed Australian model and talented singer who grabbed the media’s attention after becoming one of the youngest models ever to grace the cover of Harper’s Bazaar. Not only that, her long and outstanding career has earned her appearances on Australia’s Next Top Model. The 33 years old model is the mother of a baby girl Dahlia, born with Marlon Teixeira.

Cheyenne Tozzi Age & Early Life: Who Is He Sister?

A native of Sydney’s Sutherland Shire, Tozzi celebrates her birthday on December 20 every year. Born in 1988, she is 33 years of age now. She holds Australian nationality. The 5 feet 9 inches tall model is the youngest child of her parents, Yvonee Tozzi and Roberto Tozzi. She has a sister Tahyna Tozzi, an Australian director, writer and producer.

Tozzi’s dad, Roberto, is Italian while her mom, Yvonee, is Dutch. The model belongs to a diverse ethnic background. She grew up surrounded by an iconic beach culture that influenced her free-spirited and fun-loving path to life.

Tozzi initiated her modeling at 8 years of age, and her career catapulted at age 13 when she graced the cover of Harpers Bazaar, becoming one of the youngest people ever to grace the cover of the magazine. After that, she instantly dubbed the next Elle Macpherson. The model has worked for renowned magazines, including Vogue, Cosmopolitan and Madame Figaro.

In 2010, she also appeared on Australia’s Next Top Model. The singer moved into TV in 2013 after she was selected as a model mentor alongside Naomi Campbell on Foxtel’s The Face Australia. With diverse experiences, Tozzi also thought of making music as she was passionate about it. So, together with her former band supported British rock band The Kooks and teamed with emblematic powerhouse brand CHANEL in 2014.

Tozzi’s debut single came in August 2016, named Other Bae, from her first self-titled album. In 2016, she also became a National Champion for UN Women Australia. Moreover, Tozzi is an Ambassador for the Ovarian Cancer Research Foundation. Not only that, she has been the face of the Australian international skincare brand Jergens since 2014.

Who Is Tozzi Partner In 2022? Daughter & Past Relationship

Currently, Tozzi is rumored to be dating Mick Haynes. Back in September 2020, they were spotted on a date at Sydney’s Cronulla Beach. Paparazzi caught them getting cozy, and their pictures also went viral. However, Tozzi and Haynes have not confirmed their relationship yet.

Apart from that, Tozzi was formerly romantic with Brazillian Marlon Teixeira. The former lovebirds flashed their relationship in August 2017. Initially, the couple knew each other by their mutual friend Jordan Barrett. Meanwhile, Tozzi is the mother of a beautiful daughter Dahlia De La Lune, born in September 2018. And the father of Dahlia is none other than Marlon.

However, Cheyenne and Marlon couldn’t lead their romantic life, and their separation news shortly came after she gave birth to their daughter. On the other hand, Cheyenne was also engaged to Jon Adgemis. Jon is the KPMG’s head of mergers and acquisitions. As per Daily Mail, they split in March 2017.

The talented Australian model has garnered a fair sum of money from her multiple works. As per our speculations, she has a net worth of around $800,000. A model earns around $121253 per year in Australia, and a singer makes $72457 per year. So, as a multi-talented figure, Tozzi might make in the same range.

Tozzi has worked with popular brands, including Vogue, and the Vogue model can earn $18,000 to $300,000 from the company. Cheyenne must have pocketed a huge profit by working with numerous magazines or brands. Models like Irina Shayk and Lauren Giraldo have worked with Vogue Magazine. On the other hand, Tozzi has a strong presence on Instagram, and she might do advertisement posts. According to the Influencer Marketing Hub, Tozzi charges around $1,880.25 – $3,133.75 for a single post.