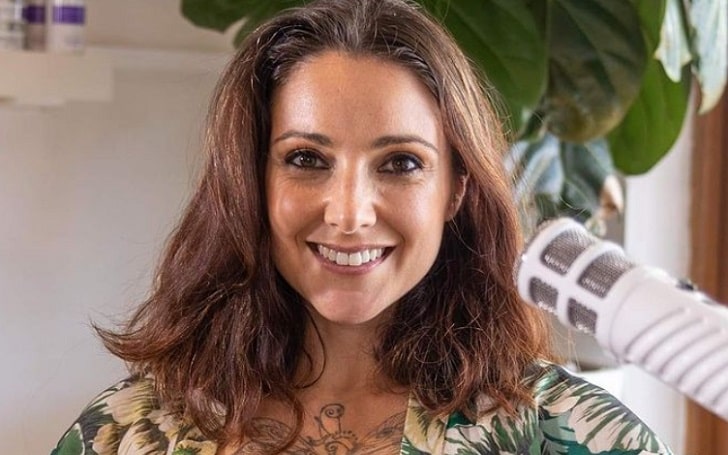 Talent shows carve out one’s skill & aid in the potential showcase. The story went no different to Australian Idol Season 5 winner Natalie Gauci. Before her music career boomed, she worked as a music teacher while performing gigs.

An alum of Victorian College of the Arts, Gauci began writing songs at 17 & often performed on her own band Natalie Gauci Band. With rasing fame post-singing reality show in 2007, she has since released 3 albums; of which The Winner’s Journey became a Platinum certified.

Besides, the Australian musician is a single mom to her son, Jebediah.

What Is Age Of Natalie Gauci? More On Early Life & Education

Born on November 26, 1981, in Melbourne, Victoria, Australia, Natalie Rose Gauci is 40 years as of 2022. As for her nationality, she is an Australian & comes from a mixed ethnic background.

Gauci’s father is Maltese (born in Marsa, Malta) while her mother is Italian. However, further details on her parents remained under wraps. Rather as reported, she is the eldest of two & grew up with her younger sister.

For her schooling, Natalie Gauci attended Emmaus College, Vermont South and Box Hill Institute of TAFE. After that, she studied music at the Victorian College of the Arts.

Furthermore, Gauci was always passionate about music from an early age and began writing songs just at the age of 17. Not only that, but she also formed her band and played numerous gigs around town.

Professionally active since 2002, Natalie has given numerous hit singles. In her early career, she wrote the three-track extended play, Take It or Leave It, released in 2006. And in the same year, Gauci formed the Natalie Gauci Band, which contains Jules Pascoe (electric and double bass), Conrad Tracey (drums and percussion), and Kumar Shome (electric and acoustic guitar). The band played in various events.

Likewise, Gauci worked as a vocals teacher at the Academy of Mary Immaculate, Fitzroy, and Assumption College, Kilmore. Further, she successfully auditioned for the 2007 series of Australian Idol with an aim to find exposure for her music venture.

Eventually, it did hit the bullseye as she became the winner of Season 5 of Australian Idol. She was the third woman to win the show after Casey Donovan (Season 2 winner) & Kate DeAraugo (Season 3 winner).

Since then, she has released her debut album with Idol/Sony selling over 70,000 copies, reaching Platinum status. In January 2008, the Australian Idol 2007 winner commenced her sold-out Winner’s Journey Tour across the width and breadth of the country. And she also took her band members.

In August 2009, Natalie left Sony Music and collaborated with a European record label, Sorry Shoes, in January 2010. In the same year, she also formed an electro-pop and dance music band, Tune in Tokyo, along with producer Paul Brandoli.

Moreover, her notable music is The Winner’s Journey, Ha Ha Ha, Pictures of Mars, Take It or Leave It, I’m Ready, Here I Am, and many more. Meanwhile, her writing and music genre has taken on pop/jazz and hip hop flavors inspired by her favorite artists, including Madonna, a famous singer who is dating Ahlamalik Williams.

Natalie Gauci Is Mother Of One- Is She Still Married? Relationship

Natalie Gauci is currently leading a single life and does not have a husband or a partner. But previously, she was married to the lead singer of the art-rock band, Cordrazine, Hamish Cowan. The former couple tied the marital knot on March 28, 2009. Likewise, they had worked together on some projects.

But Natalie and Cordrazine could not lead their wedding life and separated in March 2011. Gauci announced the news of their separation via her Instagram handle, where she is verified as @nataliergauci. Meanwhile, Gauci admitted that their life didn’t go as planned. So, the ex-couple decided to split and not get back together.

On the other hand, Natalie is the mother of a son named Jebediah. Gauci often features her on her social media posts, and the mom-son duo explores different places together. In addition, Gauci’s ex-husband, Hamish, must be the father of Jebediah.

A renowned musician and producer, Gauci showcases her quality of life and fashion internet via Instagram. Online sources estimate that Natalie has a net worth of around $500,000 to $1 million. No doubt, the beautiful musician gathered a lucrative sum through her musical ventures.

Not to mention, the average wage of a musician in Australia is $72457 per year, while a music producer earns around $89685. So, from her multiple works, Gauci must be made in the same range. Apart from that, Gauci also takes home a fair profit by doing gigs and performing in concerts. Moreover, Natalie charges around $63 – $105 for a single sponsored post on Instagram.