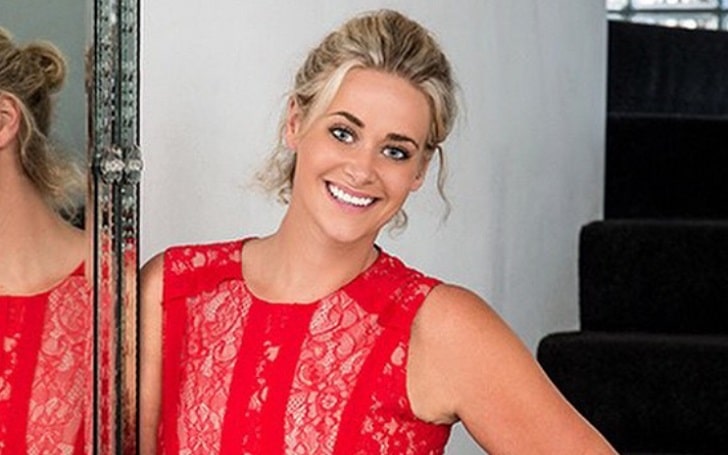 A former swimming teacher turned singer-songwriter Kate DeAraugo saw a drastic swipe in her career after being crowned the Season 3 of Australian Idol. The Australian-born shortly after the reality series signed with Sony BMG in her 20s that sky-rocketed her music career.

Her single debut Maybe Tonight release in 2005, became steps aid for her ladder to progressive days. Moreover, the steak of success continued with DeAraugo’s debut album A Place I’ve Never Been, & then as a member of the girl group Young Divas.

Who Are Parents Of Kate DeAraugo? Age, Height & Family Background

Katherine Jenna DeAraugo was born on November 5, 1985, in Melbourne, Victoria, Australia. As of 2022, the 5 feet 6 inches tall singer is 36 years old; she holds Australian nationality.

As for a fact, her parents are Portuguese immigrants. Katie’s father Paul DeAraguo is a businessman & car dealer in her hometown of Bendigo, while her mother Susan DeAraugo is a homemaker.

She is the eldest of 3 children; has two younger siblings: a brother named Alex & a sister named Eliza.

Winner Of ‘Australian Idol’- DeAraugo Was A Teacher Prior

The perk of the Australian Idol title didn’t come with a woosh to Kate but was after hard dedication following 2 failed attempts to past auditions. At that time, she used to works as a swimming teacher.

DeAraugo auditioned for Australian Idol in both the first (2003) and the second season (2004) but didn’t manage to make it. So, she traveled from Bendigo, Victoria, to the Gold Coast, Queensland, for singing classes with Venetta Fields.

And after moving to Queensland, she auditioned for the third season in (2005). On November 14, 2005, she beat Lee Harding and was crowned as the third Australian Idol Season 3 winner. Not only that, Kate is the only Australian Idol winner not to attain a single touchdown from judge Mark Holden.

After that, the winner released her debut single Maybe Tonight on November 27, 2005. And on December 12, 2005, her debut album, A Place I’ve Never Been, was released through Sony BMG. From 2006 to 2007, she was also part of Young Divas. After some time, DeAraugo left the group and focused on her solo career.

The talented singer had experienced some dark times and stepped away from the spotlight in 2017 when she was charged with drugs and weapon-related offenses. In an interview, Kate also talked about her past battles with mental health issues and addiction.

Besides, Kate was allegedly arrested by Victorian Police officers twice in 2017 regarding possession of crystal methamphetamine, a tomahawk, and a large knife. And on October 4, 2017, she faced a court where Kate indicated that she would plead guilty at her next court hearing on November 15.

Is Kate DeAraguo Married Or Dating? More On Relationship!

The 36 years old singer keeps her personal details away from the spotlight. So, it is still unclear whether she is married or dating someone. As she is not much active on social media platforms, we can expect that Kate maintains high privacy in her life and does not want to reveal her relationship status with the tabloids.

Meanwhile, Kate shared a snap with a guy, and people speculated that he must be her partner. But it also remained a mystery as DeAraugo never talked about their relationship openly.

Though some sources claim that the Faded singer is away from the dating scene & is currently single.

Net Worth Of Kate DeAraugo In 2022

Professionally working for a long time, Kate has added a decent fortune to her name. As per some sources, her net worth is somewhere between $500,000 to $1 million.

The major source of Kate’s income comes from music and doing gigs. Further, she has given several hit music that must have helped her gain a good profit.

Additionally, the moderate salary of a singer in Australia is $105024. So, the talented singer might have earned in the same range. So, Kate also lives a quality same as other Australian singers, including Cheyenne Tozzi.