Bertie Highmore is the brother of Golden-Globe nominated actor Freddie Highmore. Freddie is widely known for starring in the movies Finding Neverland, Charlie and the Chocolate Factory, August Rush, and The Spiderwick Chronicles.

He also appeared as Norman Bates in Bates Motel and starred as Dr. Shaun Murphy in ABC’s The Good Doctor.

Bertie currently serves as the Principal at Blue Wire Capital. Besides, he is also an advisor at Creator Fund since 2021.

Bertie Highmore is 26 years old as of now. He was born in 1995 in London, England. His birth name is Albert Samuel Highmore. He attended Highgate School and graduated from The London School of Economics and Political Science with a BSc in Management degree in Finance.

Freddie and Bertie Highmore are not twins. Freddie was born on February 14, 1992, in Camden Town, London, England. He is currently 29 years old. Meanwhile, Bertie was born three years later and is 26 years old.

Nevertheless, if anyone remembers, Freddie played as identical twins, Jared and Simon Grace, in the 2008 fantasy adventure film, The Spiderwick Chronicles. It received positive critics reviews and earned $162.8 million against a $90 million budget.

Bertie Highmore grew up in London with his parents and brother. His mother, Sue Latimer, works as a talent agent. Her clients include well-known actors Daniel Radcliffe and Imelda Staunton.

Additionally, Bertie’s father, Edward Highmore, is a retired actor, who has appeared in notable shows and movies like Doctor Who, Howards’ Way, and Elizabeth. 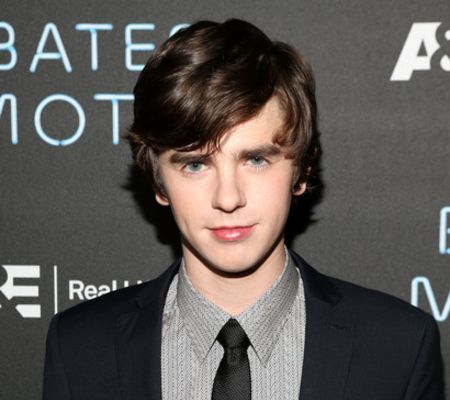 On the other hand, his brother, Freddie Highmore, grew up in Camden Town, London. He enrolled in a primary school in Hampstead Garden Suburb and later attended Highgate School after gaining a scholarship.

Bertie appeared in the 1999 comedy movie Women Talking Dirty along with his brother. As a matter of fact, both played aS on-screen brothers, Sam and Col, and Helena Bonham Carter’s son in the film. Bertie now works as a principal at Blue Wife Capital Limited and is also an Advisor at Creator Fund.

Freddie made his big-screen debut with the movie before starring in numerous box-office hits in later years.

Bertie Highmore’s net worth is under review since he has limited his appearance in the entertainment industry ever since he appeared in the 1999 comedy at the age of four.

On the other hand, Freddie Highmore has a net worth of $4 million. Freddie, who started as a child actor, has received several award nominations, including SAG and Golden Globes.

He has also ventured into writing and directing. He wrote two episodes, Unfaithful and Inseparable, and directed one, The Body, of the Bates Motel.

Likewise, he wrote one chapter, Hello, and directed two, Risk and Reward and Autopsy, of The Good Doctor.

Who is Bertie Highmore’s Girlfriend?

Bertie is currently in a relationship with his girlfriend Allie Sumners. The couple is high school sweethearts and dating for around a decade since 2013.

They met for the first time in 2009 and remained friends for some years. They have a very good relationship and often share their lovely photos on their social media.