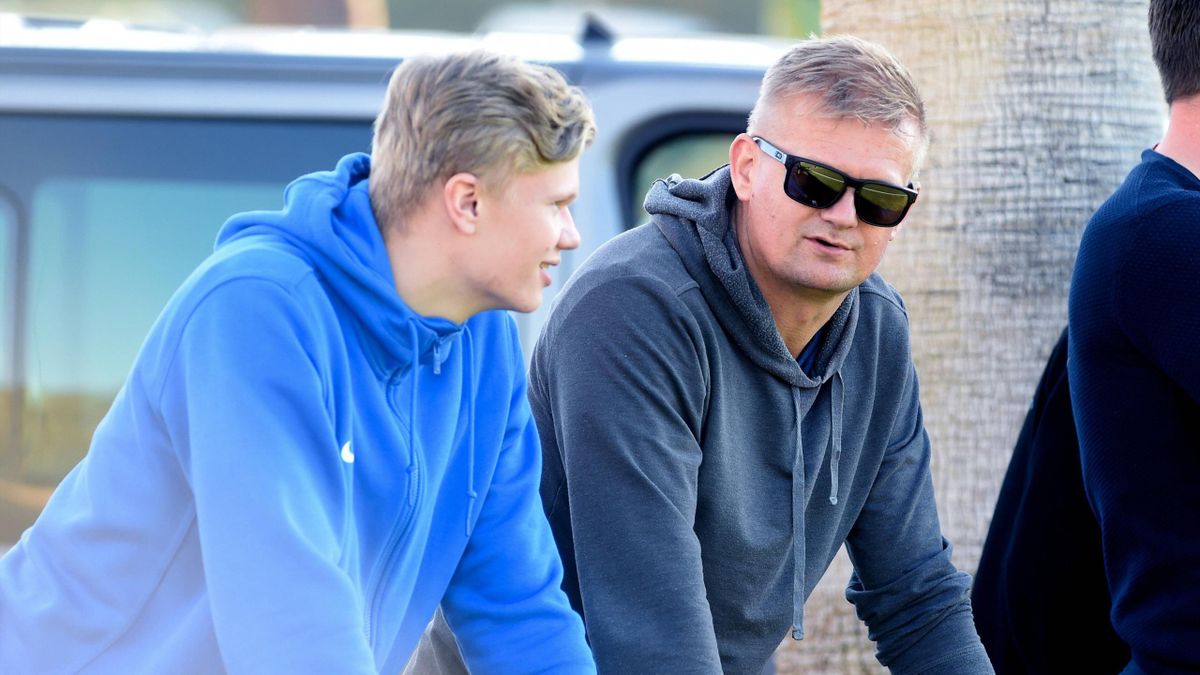 Alfie Haaland is a Norwegian former football player who is also the father of football star Erling Haaland. Alike his son Erling, Alfie also played for Manchester City besides being a player for Nottingham Forest and Leeds United.

His son Erling recently joined Manchester City in May 2022 and scored a goal on his Premier League debut against Everton in August 2022.

Haaland shares 3 children with his ex-wife Gry Marita Braut. Why did the couple divorce? Has he Married again? Who is his current wife?

The former footballer Alfie was born Alf-Inge Rasdal Håland on 23 November 1972 in Stavanger, Norway. He is 49 years old as of 2022.

Alfie is 1.86 m (6 ft 1 in) tall in height and played as a right back and a midfielder during his career.

Who is Alfie Haaland’s Wife?

Haaland’s wife is Gry Marita Braut, who he married in the mid-1990s. He met his girlfriend turned wife while playing for Nottingham Forest. Gry is a Norwegian former sportsperson and heptathlon champion.

Their second child Gabrielle Braut Haaland is married to her husband Jan Gunnar Eide. The couple has a child.

Alfie’s youngest child is the infamous Erling Haaland who is currently regarded as one of the best players. He plays for Manchester City in the Premier League.

Alfie and Gry Marita are reportedly no longer together. After his divorce from his ex-wife, he married Anita Haaland Strømsvold and lives with her. They also have two children, both daughters.

Alfie used to play for Leeds United at the time of his son’s birth. He grew up in Bryne, his parents’ hometown in Norway. He has two half-siblings, both sisters.

Erling joined the hometown club, Bryne, at the age of 5 and started playing football. He made his senior team debut at the age of 16.

Haaland currently plays for Manchester City in the Premier League. He joined the club on a five-year contract in May 2022 and made his debut in a 3–1 loss to Liverpool in the 2022 FA Community Shield.

He made his Premier League debut against Everton on August 7, 2022, and scored a brace in a 2-0 win.

Earlier, he played for Bundesliga club Borussia Dortmund and scored 62 goals in 67 appearances.

He was also the top goal scorer in UEFA Champions League 2020–21 for Dortmund and UEFA Nations League for Norway National Team. Moreover, he has also played for Red Bull Salzburg, Molde, Bryne, etc.

Alfie Haaland’s Career and Net worth: His son Haaland’s Contract and Salary

Alfie made his professional debut with hometown club Bryne FK but soon made it into the Premier League and signed with Nottingham Forest in 1993.

He reportedly earned a huge salary in comparison to his previous club. He then joined Leeds United where earned $50 thousand a year approximately.

Likewise, he also played for Manchester City where he was paid in a similar range. Alfie, who represented his son during the Manchester City deal, reportedly received £25 Million.

His son Erling is a young and rising football star who has earned massive wealth at the age of 22.

He joined City after they triggered his $51 Million release clause and is reported to earn an annual salary of £34 Million. He will earn around £170 Million during his 5-year deal.

Erling Haaland’s net worth as of 2022 is estimated to be about $20 Million.