Skip to content
May 24, 2020,
By Shrijan Nakarmi
Seven Facts

7 Facts About Jasmin Walia: Star of “The Only Way Is Essex” and Artist Behind Hit British-Punjabi Singles “Dum Dee Dee Dum” and “Bom Diggy” 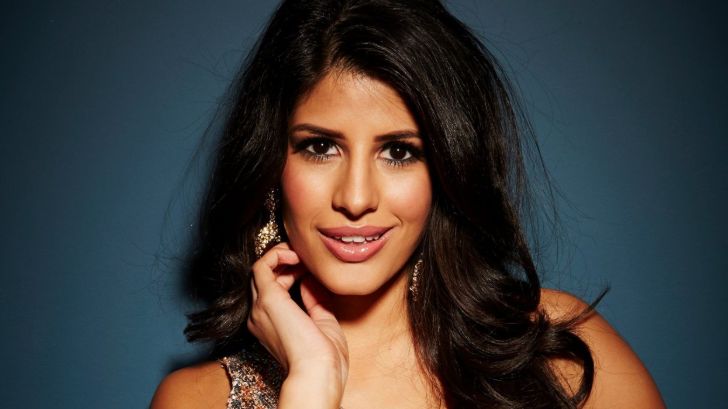 Catapulting off of her success, she became a chart-topping artist, a businesswoman, and an actress.

These are seven facts about Jasmin Walia:

Out of all her accomplishments in the world of showbiz. perhaps nothing has helped her gain more recognition than her standing as a chart-topping singer-songwriter.

6. A contestant in The Only Way Is Essex, The X Factor, Desi Rascals, and Dinner Date

Walia also auditioned for the eleventh season of the British singing reality TV show, The X Factor UK in September 2014, but was rejected by all four judges.

Walia also appeared in another British reality TV show, Desi Rascals, created by the producer of The Only Way Is Essex. Based around the lives of Asian immigrants in London, Walia appeared alongside her then-boyfriend, Ross Worswick.

5. Owns her own Fashion Line, Pop by Jasmin

Capitalizing on her burgeoning popularity as a TV personality and musician, Walia ventured into entrepreneurship with her own fashion brand, Pop by Jasmin. The line features luxury and streetwear as well as beauty accessories. The products are sold by the online vendor Depop.

As of November 2017, Walia is also part of the Women of the Future initiative, Women of the Future Ambassadors Programme, which “provides students with mentors and role models, thus strengthening the pipeline of talent among Britain’s younger women.”

She has been on YouTube since December 10, 2010. The channel started as a platform to help with her musical career but has since branched to include vlogs. To date, she has 418k subscribers.

She is also an influencer on Instagram and has over 509k followers to date. She uses the platform to spare fans a glimpse into her personal life, but also as a device to promote her beauty line and professional career.

3. Jasmin Walia: Her Age and Height

Besides her numerous appearances as a contestant in British reality TV shows, Jasmin has also been part of serialized TV series.

She played Jessica Farquer in a 2005 episode of Casualty; Aisha Khatri in 2009 in the crime-drama series, The Bill; and Sunita Desai in an episode of the medical drama, Doctors, in 2010.

As of May 2020, Jasmin Walia has an estimated net worth of $1.5 million. One of the biggest British-Indian talents in the world, she was named “2014’s sexiest Asian in the UK” by Eastern Eye magazine.

Walia is most known for her reality show appearances in The Only Way Is Essex, The X Factor, Desi Rascals, and Dinner Date.

She also has multiple chart-topping singles like “Dum Dee Dee Dum” and “Bom Diggy“ to her name.

After finding success as a celebrity, she turned her attention to entrepreneurship and established her own fashion line, “Pop by Jasmin“.