Skip to content
May 20, 2020,
By Shrijan Nakarmi
Seven Facts 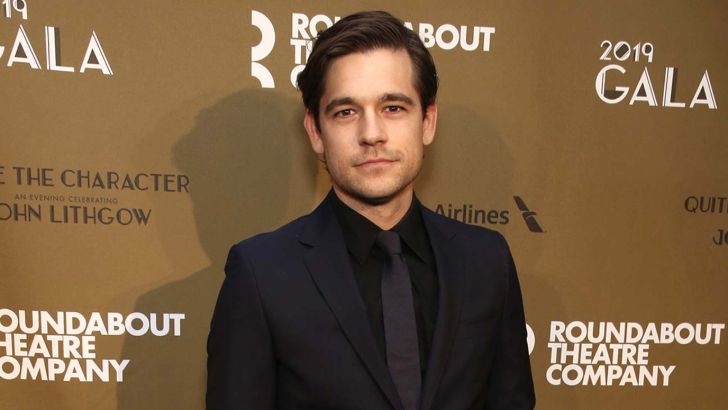 Jason Ralph is an American stage and screen actor. He has had a career spanning a decade and has been seen in such TV shows as The Good Wife, Gossip Girl, and Madam Secretary.

He is most known for starring as Quentin Coldwater in the SyFy fantasy series, The Magicians. He is also the significant other of Emmy and Golden Globe Award-winning actress, Rachel Brosnahan.

These are seven facts about Jason Ralph:

Considering how secretive Ralph is about his private life, it is a miracle that we know about his marriage to English-American actress, Rachel Brosnahan. Brosnahan is a Golden Globe and Primetime Emmy Award-winning actress who is known for her roles in TV shows like The Marvelous Mrs. Maisel and House of Cards.

Ralph and Brosnahan met for the first time in 2015 while working on the drama series, Manhattan. They bonded over their love for acting and have been together ever since.

News about their marriage broke in September 2018 when they made a red carpet appearance together at the Emmys, each sporting a wedding band. However, Brosnahan later revealed to People Magazine at the SAG Awards that they had been married for years and chose to keep their marriage private.

“We’ve been married for years and been together for even longer. We had a good laugh when the news came out that we had just got married, like, ‘Happy six-month anniversary, honey!'”

According to IMDb, Jason Ralph and Rachel Brosnahan tied the knot on June 6, 2016.

He pursued a theatre degree from Collin College in Plano, Texas, and the State University of New York at Purchase at Harrison, New York.

5. Starred as Quentin Coldwater in the SyFy Fantasy Series, The Magicians

Ralph is most known for starring as Quentin Coldwater in the SyFy fantasy series, The Magicians.

Based on the eponymous novel by Lev Grossman, the fantasy series is centered around aspiring magicians who enroll in a magic academy only to learn that the magical realm they read about in childhood is real and in grave danger.

The series premiered on the SyFy Channel on December 16, 2015, and concluded its saga after five seasons on April 1, 2020.

The series is the longest-running series in TV Land’s history and tells the story of a 40-something divorcee and single mother who disguises herself as someone much younger to get into a publishing agency.

2. Played Peter Pan in the Broadway Play, Peter and the Starcatcher

On the stage, Ralph has led as Peter Pan in the play, Peter and the Starcatcher, which serves as a prequel of sorts and tells the origin story of the beloved fairy tale characters Peter Pan, Tinker Bell, Mrs. Darling, and Captain Hook.

Ralph played Pan from 2012 to 2013 and performed on Broadway and off-Broadway.

Jason Ralph has a net worth of $2 million. He made his on-screen debut in 2010 as a student in an episode of the CBS legal/political drama series, The Good Wife. He went on to make guest appearances in Gossip Girl and Madam Secretary. He had a prominent role in the comedy-drama series, Younger, as Jake Devereux.

He found mainstream prominence as the central character, Quentin Coldwater, in the SyFy fantasy series, The Magicians. He also starred in the post-apocalyptic sci-fi series, Dark Day, as Ian Howe.