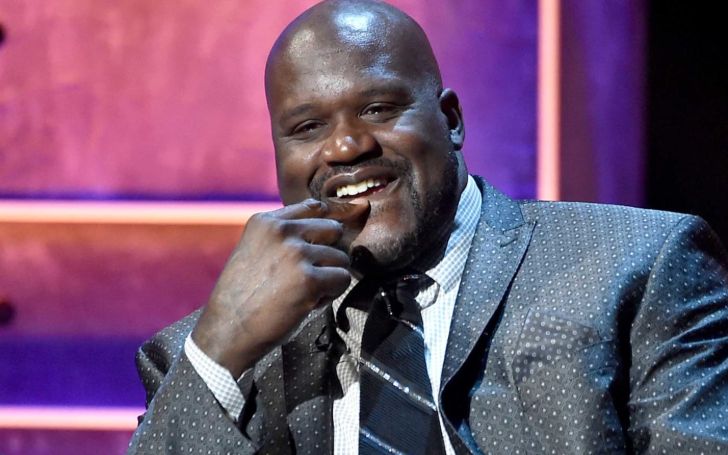 Shaquille O’Neal is an American basketball player who was active professionally for the NBA from 1992 to 2011. Besides, he is also a sports analyst and has a show on TNT, Inside the NBA.

Well from his lucrative career, he has amassed a huge net worth for himself. Besides, his annual salary as a basketballer and TV personality has increased rapidly over the years.

Shaquille O’Neal has a net worth of $400 Million

According to Celebrity Net Worth, Shaquille owns a net worth of $400 million, as of 2020. Talking of his salary, the NBA star earned a salary of $286.34 million solely from his career as a NBA player.

Similarly, Forbes estimated his career earnings at $700 million, which is a pretty huge sum considerably. As per him, he earned such a huge amount from his investments in many business firms. He also asserted that his first investment was in Google, which must have definitely yielded a good return.

Talking of his professional accomplishment, he was elected in the 2017 FIBA Hall of Fame. Besides, he also worked as a sports analyst for a program on TNT named Inside the NBA.

Check out the Fitness Freak Bradley Martyn Net Worth

Shaquille has been the part of many successful teams including Orlando Magic. In fact, his contract as a player with Orlando Magic was his first professional contract.

He signed a 4-year deal with the team that was worth $17.4 million, which averages around $4.35 million per season.

Here is the list of his contracts throughout his career:

Salary Over the Years

Shaquille earned a pretty good amount as his salary from all the teams he worked with.

Besides, his basketball career, he has also appeared in a few movies and has also released a few music albums.

Here’s all the interesting Things about Jodie Fletcher

Shaquille lives a pretty decent life. He is fond of cars and owns many expensive cars and houses in exotic locations. Back in 2019, he owned a mansion in Florida featuring 12 bedrooms, 15 bathrooms, and a 17-car showroom garage, which he had put in the market for $21.9 million.

He is Fond of Cars

Similarly, he is also seen driving other cars like Mercedes Smart Car, Rolls Royce Phantom, Ford Bronco II, and a few others.

Investment and Other Deals

Since his early days in the NBA, he has been actively involved in the stock market as well as real estates. He has made investment in Google and Apple which are paying dividends two decades.

Also he joined the Board of Directors of Papa Johns in March 2019 and he is supposed to get paid $8.25 million in salary and stock over three years.