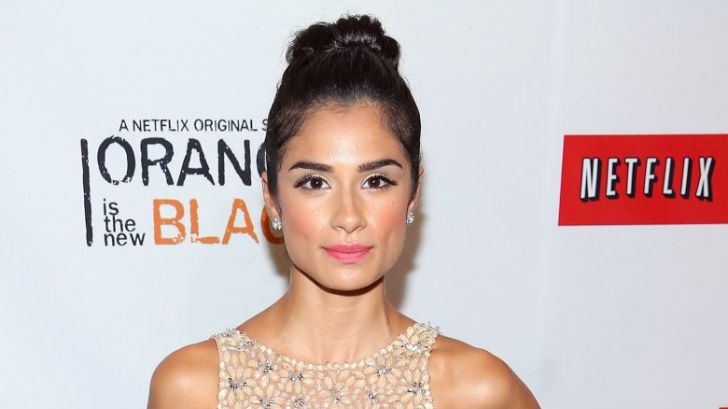 What Is The Net Worth Of Diane Guerrero In 2020?

American actress and author Diane Guerrero is famous for playing Maritza Ramos on the Netflix series Orange Is the New Black. She is also known for her different roles in Festival, Emoticon ;), Jane the Virgin, and Doom Patrol.

As per the report, Diane Guerrero has an estimated net worth of $2 million in 2020. She earns hundreds of thousands of salary from her multiple successful careers.

Diane is active in an entertainment industry since 2011. That year she appeared in TV series and films like Ashley / Amber, Body of Proof, and Festival.

After that, in 2012, she acted in movies and television shows such as Open Vacancy, Saved by the Pole, and Are We There Yet? Eventually, she came to the spotlight for the recurring role Maritza Ramos in the Netflix series Orange Is the New Black (2013-2019) with Laura Prepon, Taylor Schilling, Michelle Hurst, and Michael Harney.

Besides that, Diane also provided her voice to the character Jessica Cruz in an American direct-to-video animated superhero film Justice League vs. the Fatal Five.

Doom Patrol star is one of the board members of the nonprofit organization Mi Familia Vote. The foundation seeks to engage communities for social justice.

Similarly, Guerrero is also an ambassador for the Immigration Legal Resource Center. She even volunteers to this organization that helps to educate people about issues in the immigrant community.

Also, Diane became an advocate for the immigrant community after publicly speaking about her immigrant parents with the Los Angeles Times. Back in 2015, Barack Obama named her as one of the Presidential Ambassadors for Citizenship and Naturalization.

Then, in 2018 Phillip Burton Immigration & Civil Rights Awards she was known for her charitable works she continues doing.

Diane Guerrero was born on July 21, 1986, in Passaic, New Jersey, the United States to Colombian parents. She spent her childhood with her older brother in Boston, Massachusetts.

34 years old actress attended Boston Arts Academy where she was in the music department. Later, she went to Regis College and studied political science and communications.

5 feet 2 inches tall Diane seems single as of 2020. Previously, she was in a relationship with Joseph Ferrara. The couple dated around a year and broke up.

Then, in October 2019, Guerrero was spotted with Milo Ventimiglia. The duo was together caught waiting for food in Mexican restaurant Escuela Taqueria in Beverly Hills.