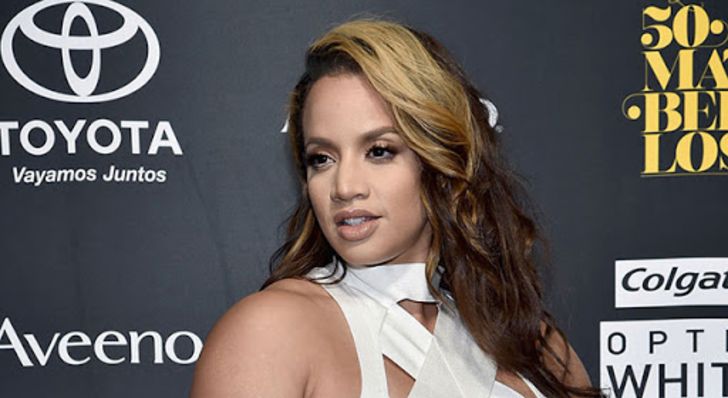 How Rich Is Actress Dascha Polanco?

American actress Dascha Polanco is famous for playing Dayanara “Daya” Diaz on the web series Orange Is the New Black (2013–2019). Similarly, she is also known for her acting in The Cobbler, Joy, and The Irishman.

As per the Celebrity Net Worth, Dascha is worth $5 million in 2020. Professional since 2011, she surely earns hundreds of thousands of salary.

Dascha Polanco debuted in the entertainment industry appearing as Estella in an episode of television series Unforgettable in 2011. The next year, she acted in the episode of the series NYC 22.

Additionally, in 2013, Polanco earned the role of Caramel in the film Gimme Shelter. The same year, she earned the popularity playing Dayanara Daiz on Netflix series Orange Is the New Black (2013-2019) along with Taylor Schilling, Laura Prepon, Diane Guerrero, Danielle Brooks, and others.

Likewise, in 2014, Dascha also grabbed the limelight for playing Macy in the movie The Cobbler. Her other notable acting credits include Joy, The Perfect Match, MFKZ, Russian Doll, The Assassination of Gianni Versace: American Crime Story, When They See Us, and Evil.

In upcoming years, Dascha would appear in post-productions movies such as In the Heights, Samaritan, and iGilbert.

Dascha Polanco was born Dascha Yolaine Polanco on December 3, 1982, in Santo Domingo, Dominican Republic. Her mother, Janet Polanco is a cosmetologist while the father, Rubén Darío Polanco is a mechanic.

Orange Is the New Black actress was very young when she moved to the United States with her parents. She spent her childhood days in Sunset Park, Brooklyn, and Miami. She has two younger siblings: a sister, Jessica, and a brother whose identity is missing.

Talking about Polanco’s education, she attended the Hunter College.

5 feet 5 inches tall Dascha always kept her personal life private. She has never revealed a single piece of information about her boyfriend or partner.

Joy actress was only 18 when she first got pregnant. In an interview with Cosmopolitan magazine she revealed that she her boyfriend left her and ran away from his responsibility.

With all the hardship, Polanco gave birth to her daughter, Dasany Kristal Gonzalez in 2000. She even told that she struggled really hard and raised her daughter as a single mother battling with depression following her mom’s death.

After 2 years, The Irishman actress again gave birth to her son Aryam. She even disclosed that her two children have two different fathers. Also, she said that she and her son’s dad were engaged for almost 6 years and then called off their engagement in 2013.

Later, when Dascha was asked whether she is married or has someone special in her life she told:

“I am engaged to a good-hearted man that supports me and allows me to be me. We met at the Dominican Day parade.”

As per the report, she was rumored to have a fling with Travis Scott.

Polanco always supports the cause of health. She donates to charitable foundations like the American Heart Association and American Stroke Association.