Who Is Julio Macias’s Wife? Is He Married? 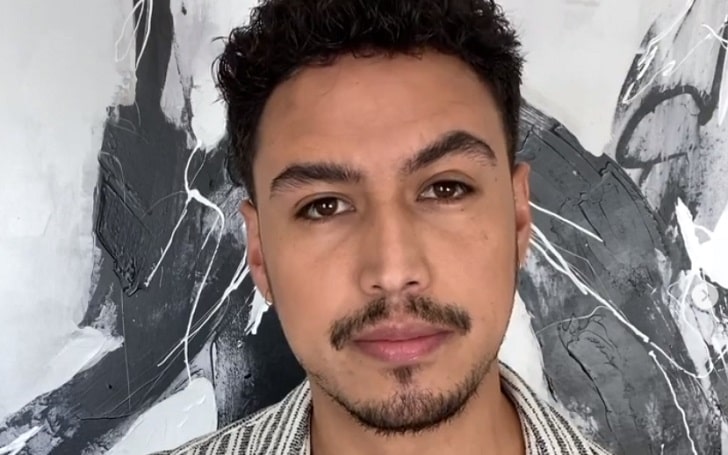 You might be familiar with the biographical drama Selena: The Series, where Julio Macias portrayed the character, Pete Astudillo. Not only that, the actor starred in On My Block. After his appearance in the respective film, people became more interested to know about the Mexican actor.

In fact, netizens are already eager to know about his wife. Reportedly, Julio is married to Shannon Schotter. Do they have any children? Explore everything about their relationship or wedding timeline below.

According to Focus News, Julio is married to wife Shannon Schotter. Not to mention, she is a makeup artist, hairstylist and F.X. artist who lives in Los Angeles. Some sources say they are not married but just dating each other for a long time. And it’s been in a serious relationship for nearly a decade.

Firstly, they met in 2011 and in November 2011, the couple began their romance. It is yet to be revealed when and how they met. Also, their marriage details have always remained a mystery to the public. However, it is sure that the lovebirds are living their romantic life to the fullest, and they have explored different places together, including Hawaii and Paris.

We can find cute snaps on their Instagram handle, but it’s been a long time since the couple has posted pictures together. Due to this reason, people began assuming they might have separated. But we can say Julio and Shannon are living a low-key life.

Do Julio and Shannon Have Kids?

Well, the romantic couple does not have any kids despite being together for a long time. The couple also has not revealed anything about welcoming kids.

However, it isn’t easy to know about their lives as the pair now lives a private life maintaining high privacy. It seems like they do not want to get involved in the unwanted controversies. Apart from that, Shannon uses Instagram as @shannonschotter from where she might give some updates about her upcoming life.

Julio Macias was born on March 20, 1990, in Mexico City, Mexico, making his age 31. At the age of 8, he moved to the United States with his family. Since 2016, Julio has had an active presence in the showbiz industry. His first project came in 2011 after portraying in a short film, Crazy Bastard.

After that, he starred in Game Shakers, Jane the Virgin, S.W.A.T., Selena: The Series, On My Block, and Promised Land. Furthermore, he is not only an actor but also a talented writer and producer. He has worked with numerous actors and actresses, including Gia Francesca Lopez and Jean Chatzky.

What Is Julio’s Partner Profession?

Moving onwards, Shannon Schotter is an American makeup artist, hairstylist, and F.X. artist. From an early age, Schotter was interested in fashion. And at the age of 18, she began training professionally. Similarly, she has worked as a freelance makeup artist for over a decade. In addition, she has worked in numerous films, including Small Shots, Discarnate, The Never List, Southern Dish, etc.