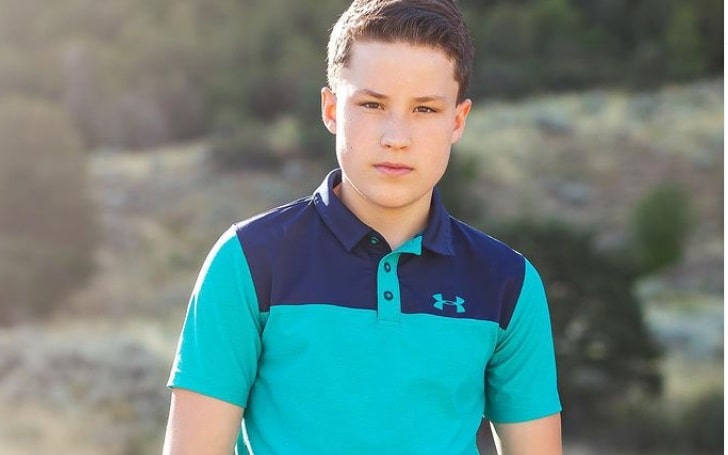 Bryton Myler is one of the most known American Youtuber (like Lilliana Ketchman) and child martial artists. He is also an actor and gymnast who got wide recognition for his work in Ninja Kid’s Power Rangers. Myler guest-starred in the television show Proper Manors. The young talent has amassed over 1 million subscribers on his self-titled YouTube channel.

Bryton Myler was born on February 27, 2004, in the United States. As of 2022, Bryton is 17 years old. He holds an American nationality. He might have a height of 5 feet 9 inches as it is the average height of a 17 years old American boy. In addition, Myler falls under Pisces birth sign.

The actor grew up alongside three siblings, Payton, Paxton, and Ashton Myler. Bryton is the eldest of four children. His siblings are also renowned faces on the internet as they have appeared on Ninja Kidz TV.

Myler opened his YouTube channel on January 18, 2016, and his first video was Bryton’s 1st free running at 11 years old. In the respective video, the internet personality showcases his few gymnastic skills. After posting videos like Bryton’s free-running training demo and Bry Open from 2015, the YouTube channel Ninja Kids TV was attracted. After that, they signed Myler as one of the cast members of it.

Similarly, he has appeared in The Last Straw, Riot, and The Christmas Project. The actor grabbed international fame after he played the role of Shiloh Mahue in the tv series Proper Manors. In 2017, Myler starred in Ninja Kid’s Power Rangers. Now, he has accumulated more than 1.99 million subscribers on his channel, where he makes numerous interesting videos.

The 17 years old YouTuber Myler has revealed that he has a crush. In the videos like Revealing Bryton’s Crush and I text my Crush for the first time, Myler talked about his Crush. But it is unclear whether he is dating someone or is single. As per our speculation, Myler must be single as he is pretty young to get involved in a serious relationship.

Similarly, another YouTube sensation Ethan Fineshriber has made several videos regarding Myler’s Crush. So, we can assume Bryton might have someone he likes secretly but prefers to keep it private as he does not want to get involved in controversies.

Popular YouTuber Myler makes most of his gains from YouTube, with massive followings. According to Statsmash, Bryton Myler’s net worth is around $3.6 million. His videos have collected millions of views that must have helped him acquire good profit. According to Social Blade, his monthly earnings are approx $6.4K – $102.2K, and his yearly earnings are $76.6K – $1.2M.

Apart from that, Myler might earn something from brand endorsements. Not to mention, YouTube content creators in the US, UK, Canada and Australia usually get paid $2 – $12 per 1000 monetized views after YouTube takes its cut. There are numerous videos of Myler that have gained over 5 million views. So, he must have accumulated a good fortune.

Similarly, he has collaborated with several YouTubers and made amazing content that many people loved. Bryton has also done a $10,000 jump slit challenge in 2019 that has now gained over 4.5 million views.