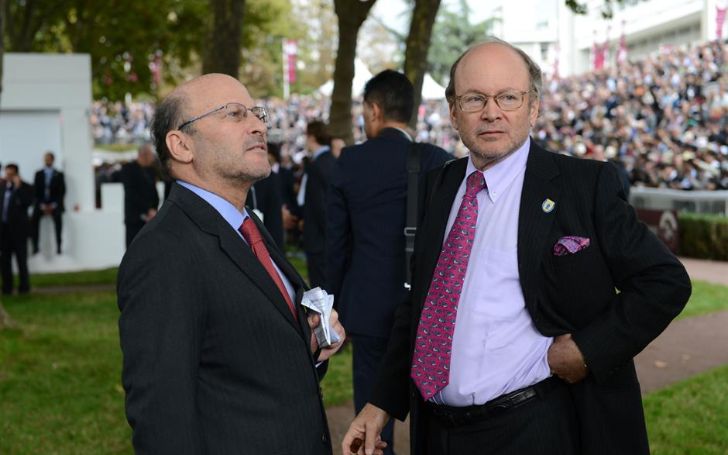 Chanel is one of the biggest fashion brands in the world and it is controlled by brothers Alain and Gerard Wertheimer. They are among the richest people living in France but have managed to keep most of their day to day under wraps.

While they have not revealed anything about their lifestyle, we can be sure that they live lavishly. How did they become so rich and how are they running Chanel, read all the details below.

Chanel: A Brief History And Acquisition By Alain and Gerard Wertheimer

The start of the Wertheimer-Chanel relationship started way back in 1924 when Frenchman Pierre Wertheimer, the grandfather of Alain and Gerard Wertheimer, along with brother Paul struck a deal with Gabrielle “Coco” Chanel to sell Chanel beauty products.

The deal founded Société des Parfums Chanel and Chanel herself saw the deal as an opportunity to sell her iconic Chanel No. 5 to more people with the deal. Before the deal the perfume was only accessible to exclusive clientele at Chanel’s Paris boutiques.

During the turmoil of the Second World War and the increasing Nazi occupation of France, Chanel tried to take over the power and ownership of the company in a hostile manner. She tried to use the law banning Jews from owning businesses.

However, she couldn’t take away the 50% stake that the Wertheimers owned. Later, Pierre Wertheimer took full control of the company.

When Did Gerard And Alain Wertheimer Take Over The Company?

After their father Jacques Wertheimer, the son of Pierre, passed away the brothers assumed the role of co-owners in 1996.

They are the 3rd generation of their family to run the House of Chanel. In addition to their ownership, they also have executive roles, Alain is the chairman and his brother Gerard is the head of the company’s watch division.

Even before this, Alain convinced the board of the company to take over the company when he was 25 years old in 1973.

When asked why they were so quiet in the media, the brothers said that ”It’s about Coco Chanel. It’s about Karl [Lagerfeld]. Further adding “It’s about everyone who works and creates at Chanel. It’s not about the Wertheimers.”

How Much Is Each Brother Worth?

Alain and Gerard Wertheimer each have a net worth of around 15.4 billion and their combined net worth is $30.8 Billion.

Similarly, Chanel brought in $9.6 Billion in 2018 and has been raking in billions ever since the brothers have also been involved in various other business ventures.

Coming Back From The Brink Of Financial

Karl Lagerfeld is one of the biggest names in the fashion industry, and rightfully so because he saved Chanel from the brink of financial fracture.

Lagerfeld was made the artistic director of Chanel’s fashion division, due to his contribution to the company and fashion, he was named The New York Times most “prolific designer” of the 20th and 21st centuries.

The designer himself said that “When I took on Chanel, it was a sleeping beauty. Not even a beautiful one. She snored,”.

For 3 decades after getting hire Lagerfeld was a revolutionary in his own right.