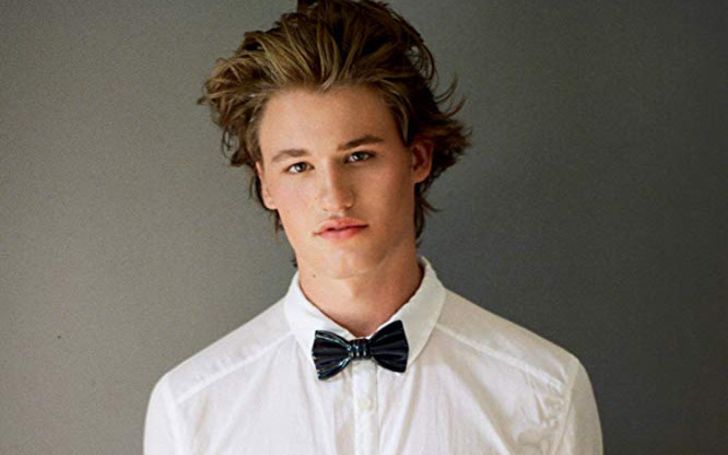 What Is The Net Worth Of Actor Dylan Playfair?

Left his athletic career to become actor, Dylan Playfair is best known for playing the role of Marty Howe the film, Mr. Hockey: The Gordie Howe Story and Gil in the movie Descendants 2.

Similarly, Playfair is recognized for his performances on television series such as Haters Back Off!, Travelers, Some Assembly Required, and Letterkenny. Among the public, he is also famous as the oldest son of the former NHL player and coach Jim Playfair.

As per some reliable online sites, Canadian actor Dylan Playfair has an estimated net worth of $500,000 in 2020.

Dylan Playfair grew up playing hockey with his brothers and father but he dreamed to be an actor going against his family. He debuted in the entertainment industry with the role Trevor Thompson in the film Grave Encounters 2 in 2012. Then, he appeared in short and television movie Stanley’s Game Seven 3D and Profile for Murder.

Eventually, in 2013, Dylan Playfair grabbed the limelight for playing Marty Howe in the TV film Mr. Hockey: The Gordie Howe Story. Also, he worked in several films such as Letterkenny Problems, If I Had Wings, Beach Head, Damaged, Cheat, Never Steady, Never Still, The Hollow, and It Stains the Sands Red.

Additionally, from 2014 to 2016, Mr. Hockey: The Gordie Howe Story star portrayed Knox on the television series Some Assembly Required with Charlie Storwick, Kolton Stewart, Harrison Houde, and Sydney Scotia. He also earned more spotlight for his performance as Owen on the TV show Haters Back Off!.

Furthermore, Playfair’s notable acting credits include Descendants 2: It’s Going Down, Under the Sea: A Descendants Story, Travelers, The Order, Descendants 3, Letterkenny, Summerland, and The Color Rose. Likewise, he would be playing Dean Hunter in the post-production film Odd Man Rush.

Besides acting, Hater Back Off! star Dylan also worked as a director in short-film Shared Bath and produced documentaries and short movies, The Drop: Why People Don’t Vote and The Drop.

According to the Influencer Marketing Hub, Dylan earns around $1,090.5 to $1,817.5 per sponsor post. He often promotes the famous brands VUDU, fashion nova men, Spectrum optimum, and Gucci via his social media.

Similarly, Playfair has 48.5k followers on his Twitter and is also available on Deezer.

Dylan Playfair was born on June 19, 1992, in Fort St. James British Columbia, Canada. His mother, Roxanne Playfair was an entrepreneur while his father, Jim Playfair was a former NHL player and coach.

Descendants‘ actor Dylan Playfair is engaged with his best friend, Jen Araki. On September 22, 2018, he proposed his girlfriend with a beautiful engagement ring.

The couple began dating on November 25, 2017 and engaged almost after a year. Dylan announced his engagement uploading pictures where he proposed Jen via his Instagram.

Prior to Araki, Playfair was in a romantic relationship with Daniella Bozzetto.