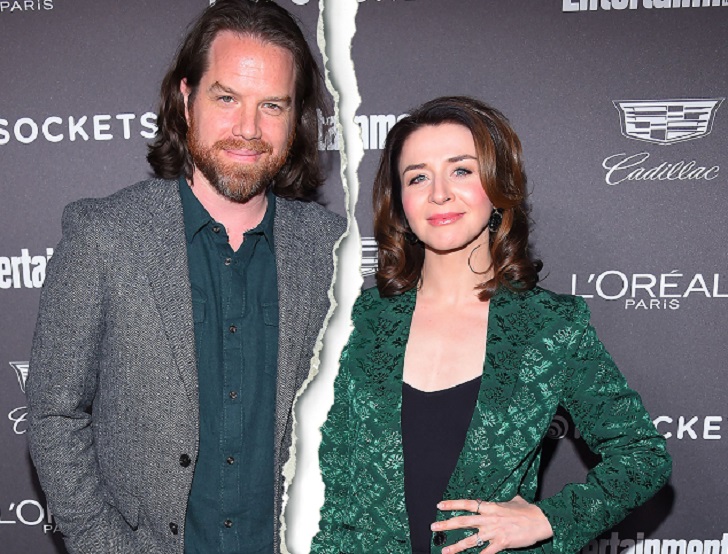 Everything is over between Caterina Scorsone and spouse Rob Giles. Grey’s Anatomy‘s actress confirms that she filed for divorce after spending blissful marital life for over a decade.

What Was The Real Reason Behind Their Divorce?

Actress Caterina Scorsone is married to Rob Giles known as the former member of the American rock band The Rescues. The couple exchanged the wedding vows on June 27, 2009.

Together, the pair welcomed their first child, Eliza Giles in 2012. After that, they again shared another baby girl Paloma Giles in 2016. Later, the celebrity couple completed their family after giving birth to their third daughter, Arwen Lucinda Giles in 2019.

After sharing a peaceful marriage life for over 10 years with her husband, Scorsone filed for divorce on May 8, 2020, at a Stanley Mosk Courthouse in Los Angeles. As per the report, the reason behind their separation is irreconcilable differences.

Scorsone and Giles made an announcement of their split just after 5 months of their 3rd daughter’s birth. The couple was just a month away from celebrating their 11th wedding anniversary together. Unfortunately, they parted their ways on March 1, 2020, according to the court documents.

Despite the duo’s split they still share a close bond. As good friends, the pair have committed to co-parenting their kids with all the love and care.

How Rich Is Actress Caterina Scorsone?

Canadian actress Caterina Scorsone is famous for playing the role of Amelia Shepherd in TV series Private Practice, Grey’s Anatomy, and Station 19. As per sources, she has an estimated net worth of $3 million.