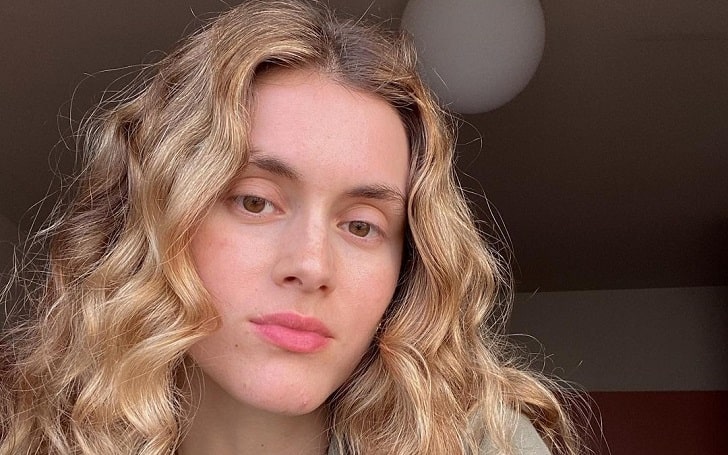 Zoe Yasemin Oz, a Chief Marketing Officer at Kairos, is popular as the daughter of multi-talented television personality Mehmet Oz.

Also, Zoe is recognized as the sister of Daphne Oz, the New York Times bestselling nutrition author and chef.

What is Dr. Oz’s youngest daughter doing currently? Know everything about her in the section below.

Zoe Yasemin Oz’s age is expected to be between 20 to 30 years old. She was born in the United States of America, but her birthdate is missing from the web. She spent most of her early age studying ballet.

The star kid was interested in sports and used to participate in Basketball and tennis games. Her siblings are Arabella Sezen Oz, Daphne Oz, and Oliver Mustafa Oz.

Talking about her educational background, she studied at Dwight Englewood High School from 2009 to 2013.

Furthermore, Mehmet’s daughter, Yasemin, attended Havard Univesity, from where she obtained a Bachelor’s degree in Arts focusing on History and Philosophy of Science and Technology.

Her sister Daphne, who is already married, is a TV show host and author while Arabella is an actress and author.

Her only brother Oliver is also an actor and has appeared in some movies with their father.

After completing her education, Yasemin Oz began her professional career by working fashion design intern at Theory in July 2015. She was passionate about fashion from a young age.

During her time at Theory, the star kid assisted in creating, styling, modeling, and material selection of upcoming lines.

She is now the digital creator who has been serving as Chief Marketing Officer at Kairos since August 2018. Additionally, she is also the co-founder of Kairos. Kairos is a portfolio of brands across healthcare and financial services that make life easier and more affordable for our generation.

Between June 2016 to August 2016, she worked as a cardiothoracic laboratory research assistant at Columbia Presbyterian Hospital. There she led analyses on the effects of sleep loss on young medical experts.

Short Details On Her Parents

Zoe Yasemin Oz was born to her parents Mehmet Oz and Lisa Oz. Her father, Mehmet, is a cardiothoracic surgeon and Columbia University professor.

He is also an author who was a regular guest on The Oprah Winfrey Show. Mehmet has been working in this field since 1982. Similarly,

Zoe’s mom, Lisa, is an American author and actress. She has also co-hosted The Dr. Oz Show.

Her father Mehmet and her mother Lisa have been married to each other since 1985 and are together for three and half decades. They tied the knot shortly after their college in Pennsylvania.

The couple is college sweethearts and first met each other at a bar. Lisa mistook Mehmet as a waiter in the first meeting. They dated for 7 months and were engaged.

Together, Mehmet and Lisa have four children.

Talented personality has surely garnered a decent fortune from his multiple profession. She has worked in different companies from where she surely received fair profit. However, the actual amount of her income is still under review.

On the other hand, her father is one of the richest personalities whose net worth is projected at around $100 million.

As a CEO of a renowned company, Yaseminz Oz might have added a good sum of money to her name.

Her parents also own real estate in Palm Beach, Florida worth $18 million.