American Actress Debbe Dunning Biography: Has She Moved On After Divorce? 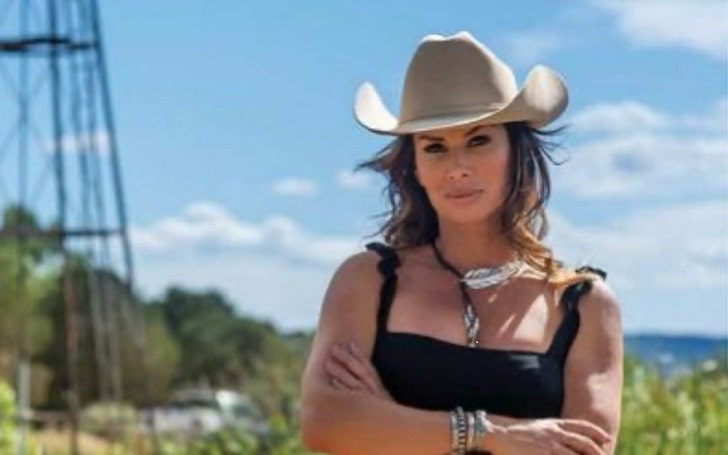 Debbe Dunning is a talented American actress, and television host recognized for Heidi on Home Improvement. The multi-talented personality was previously married to American volleyball player Steve Timmons with whom she has three children.

Debbe Dunning was born in Burbank, California, the U.S, in 1966, and she lights her birthday candle on July 11 every year. As of 2021, she is 55 years old. Furthermore, ABC TGIF cast holds an American nationality and was raised by her parents Bob Dunning and Diane Dunning.

She is the only child of her parents and attended John Burroughs High School, where she also participated in cheerleading. Dunning is a gorgeous lady who stands at an average height of 5 feet 8 inches.

The talented actress was formerly married to American volleyball player Steve Timmons. The former couple tied the knot in 1997 and got separated in 2018. As they cherished their romantic life for many years, Debbe also gave birth to three children.

Their three beautiful children are daughter Spencer Schae and sons Stoney and Sysco. After getting away from Steve, Dunning has not been involved in any kind of love affairs.

Moreover, Dunning is a good mother and is taking care of her kids. Additionally, her ex-husband was also wedded to basketball executive Jeanie Buss, daughter of Jerry Buss, from 1990 to 1993.

It seems like Dunning took a break from the film industry as her last project was released a long time ago. But she has now returned and will make her comeback by playing the role of Cindy Armstrong in Sucker, which is set to be released in 2022.

Some people thought that Dunning appeared less in the media after her divorce. But we can get some details of her life on Instagram, where she does regular posts.

Her upcoming project is directed and written by Kevin Orosz. So her fans are eagerly waiting to see Dunning’s appearance in it.

The famous American actress has garnered a fruitful sum of money from her profession. According to the verified site, her net worth is estimated at around $4 million. Surely, she makes most of her gains from her work in the entertainment industry.

On the other hand, Dunning starred in the well-known show Home Improvement that did well in the industry. Furthermore, the Home Improvement cast has also worked in numerous movies that collected huge box office.

Debbe Dunning has been active in the film industry since 1988 and has made her portrayal in various series & movies. She made her debut in 1988 by starring in Dangerous Curves. Meanwhile, she is also a model, television host, spokesperson and comedienne.

We can see some of her works in the shows such as E! True Hollywood Story, Four Fingers of the Dragon, The Jamie Foxx Show etc. The actress has also worked as an animator in the short tv movie Santa vs. the Snowman.