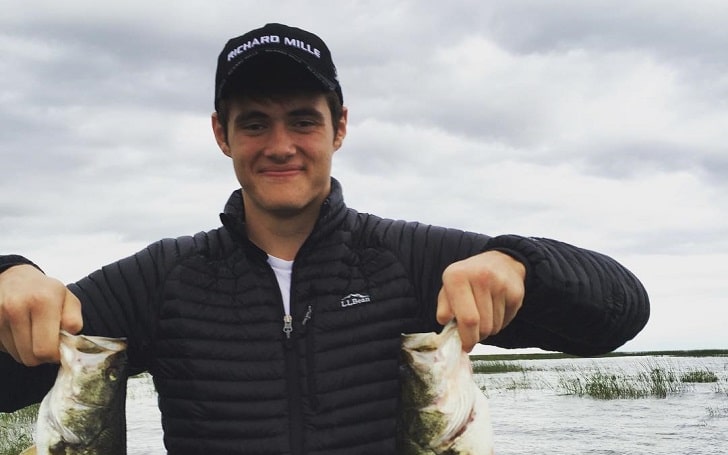 Oliver Mustafa Oz is the only son of famous personalities Mehmet Oz and Lisa Oz. They have four children altogether. And Oliver is the youngest of all. Besides, Mehmet is a Turkish-American television personality, cardiothoracic surgeon, Columbia University professor, and author.

What is Mehmet Oz’s youngest son doing currently? Know his personal as well as professional life in detail.

Looking at his appearance, Oliver’s age is expected to be between 20 to 25 years. There is very little info about his early life in the media. Besides, he was born to Mehmet Oz and Lisa Oz, alongside his siblings Arabella Sezen Oz, Zoe Yasemin Oz, and Daphne Oz.

Additionally, Oliver’s mom is a Philadelphia native whose age is 58 years. Oliver got into the spotlight as the son of two famous figures.

On the other hand, his sister, Daphne, is an American, New York Times bestselling nutrition author, chef, and Emmy Award-Winning television host.

What are his Siblings doing?

Oliver is the only son among four children born to his parents. His three sisters are Daphne, Arabella, and Zoe Yasemin Oz.

His eldest sister Daphne, who is married to John Jovanovic, has followed their father’s footsteps and works as a television show host and is also an author.

The other sister Arabella is an actress and author and has written miniseries and also appeared in movies. His other sister Zoe Yasemin Oz is involved in sports.

Education: What Is His Profession?

Mustafa Oz went to Columbia Medschool and is a Novice farmer. Besides, he is also a novice fisherman. Not much is known about his career, as he does not come up openly in the media. He might be following the path of his father.

In an Instagram post, we can see him wearing a doctor’s uniform. Moreover, his dad is an Attending Physician at NY Presbyterian-Columbia Medical Center. For six seasons, Dr. Oz was a featured health expert on “The Oprah Winfrey Show,” previously spanning over 60 episodes.

He also worked as chief medical consultant to Discovery Communications and as medical director of Denzel Washington’s “John Q.”

Similarly, Oliver’s mother, Lisa, is an occasional contributor to Good Day New York, Fox 5 TV. She has co-authored two books, including the You: The Owner’s Manual series.

Relationship Status: Who Is His Girlfriend?

Exploring his Instagram bio, Oliver Mustafa Oz is cherishing his life with his girlfriend, Katherine Flinn. The lovebirds are happy to get each other, and both of them are in deep love. So, there is no sign of extra affairs.

Oliver and Katherine have shared numerous pictures on their social media handle, exploring different places. However, the couple has not talked anything about their marriage. They might be focusing on their career at the moment.

Mehmet Oz and Lisa Oz got married in 1985. Together they have four kids and four grandchildren. They started dating each other during their college days at a bar and got married after finishing college.

Together the duo established HealthCorps, a non-profit foundation for health education and peer mentoring.

Meanwhile, they are happily leading their marriage life and reside in Cliffside Park, New Jersey. We can find Mehmet on Instagram as @dr_oz, where we will get more updates on his life.