American Home Renovator Mina Starsiak Biography; Who Is Her Husband? 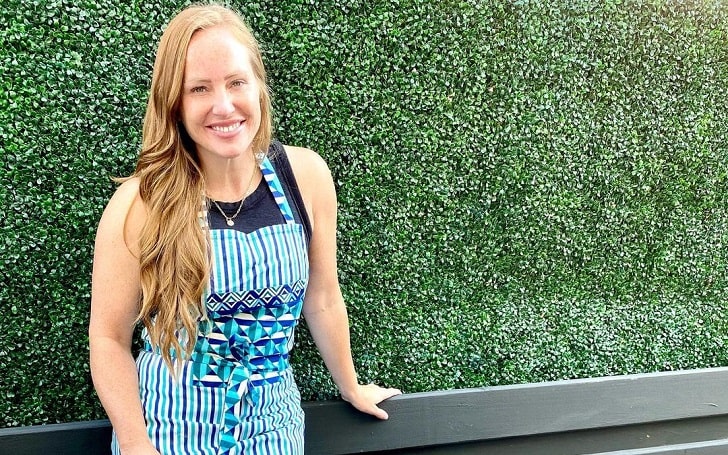 Mina Starsiak is a passionate home renovator from Indianapolis who is also a renowned real estate agent and television personality. The 34-years-old personality is happily wedded to her husband Stephen Hawk, with whom she has two children.

Mina Starsiak was born in Indianapolis, Indiana, United States, on November 26, 1987. As of 2021, Mina’s age is 34 years. The famous television star was raised by her parents, Casey (father) and Karen E. Laine (mother). Her mom is also a reality tv star who appeared in Good Bones.

According to Legit Ng, her father and mother got divorced and later married. But they were not able to continue their relationship and got separated again. Starsiak has two brothers named William and CR. Also, she has three-half siblings, Kelsy, Tad, and Jessica.

Starsiak studied at the University of Indiana and later graduated with a degree in Business and Sociology. After graduating, she served as a waitress for some time. As she was passionate about house renovating, her mother started their own company.

The company named, Two Chicks and a Hammer has been running for more than seven years. Besides, Starsiak is a star of HGTV’s show Good Bones. The respective show portrays renovating people’s houses.

Mina and her mom opened their own store Two Chicks District Co. in 2020. Apart from that, the passionate house renovator is also a realtor and author. She published a book named, Built Together in 2021.

The star has collected a whopping amount of money from her multiple profession. As per some sources, her net worth is estimated at around $2 million. She has earned this huge money from his different works.

There is no doubt that she is living quality with her earning. Additionally, the average salary of a realtor is $52234. Likewise, she might make money from endorsement, and as per Influencer Marketing Hub, Starsiak’s estimated gaining per post on IG is $1,668.75 – $2,781.25.

Furthermore, Mina flaunts her lifestyle through her Instagram, where we can find her as @mina_starsiak_hawk.

Husband: Who Is She Married To?

The talented realtor has been married to her husband, Stephen Hawk, since June 2016. The gorgeous couple met each other in 2013 via Facebook. Before exchanging getting engaged, they dated for around one year.

Stephen proposed her at Indianapolis Colts’ training field. Since then, the lovebirds have been supporting each other in every step of their life.

Moreover, Starsiak and her partner, Stephen, are the parents of two children, Jack Richard Hawk and a daughter, Charlotte Drew Hawk. The happy family resides in Indianapolis with their three dogs.