Who is Yunus Musah? What’s his Ethnicity? 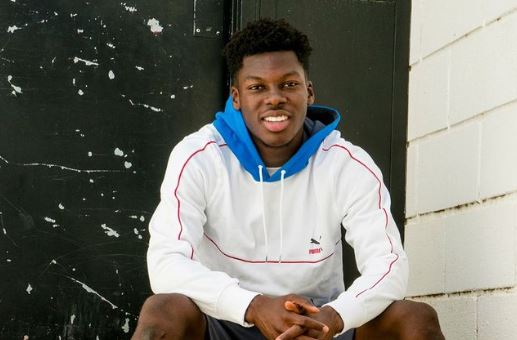 Yunus Musah is a member of the United States national soccer team. He is a professional football player who currently plays in La Liga for Valencia as a midfielder.

He was born to Ghanaian parents in the USA. As a child, he grew up in England and Italy and was committed to playing for England but he switched to the United States in 2021.

Both of his parents are Ghanaian. His mother Amina Musah was on a vacation in America when she met Yunus’ father. She was staying with her brother Razak and at the same time, the pair fell in love.

Musah reportedly has 4 siblings, three brothers, and a sister. One of his brothers is named A.L. Musah. Yunus is of Ghanaian ethnicity.

He comes from a Muslim family and strictly follows Islam.

His parents returned back to Italy after his birth and lived for some years in Castelfranco Veneto.

He had a difficult childhood as his father did not find a job in Italy and moved to England when he was 9 years old.

Yunus Musah started playing football in Italy where he trained at the academy of Giorgione Calcio 2000 at a very young age.

After relocating to England, he joined the academy of Arsenal in 2012. He signed with Valencia at the age of 16 and played for Valencia B for a season.

Musah made his senior debut for Valencia in 2020 and has so far played 67 games in La Liga.

Yunus was eligible to play for the USA, England, Ghana, and Italy. He played for England at various youth levels but later committed to play for the United States National Team in March 2021.

What’s his Net worth and Salary?

He is just 19 years old and has a long future ahead of him. The former England star will a huge amount from his salary in the near future.

He is currently sponsored by Puma and wears Puma shoes during his matches. He might also be adding some cash from his endorsement deal.

Likewise, the USMNT player has been living a luxurious life with his earnings from football and other sources.

Who is Yunus Musah’s Girlfriend?

Musah hasn’t revealed his relationship status and girlfriend but he could be dating someone secretly.

He hasn’t been caught having affair to date but might reveal his love life to the media anytime soon.

Yunus is still a teenager and is currently focusing on his career. He is also a regular member of the national team and is preparing for the FIFA World Cup 2022.

Being a football player, Yunus Musah has a perfect body and has maintained it very well. He has an average height of 5 ft 10 in (178 cm).

Read Next: Who is Rayan Cherki? Unknown Facts about the French Footballer