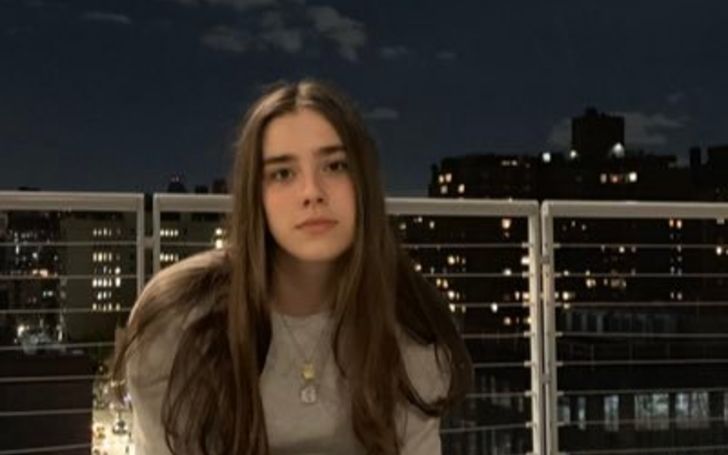 Sterling Jerins is a child actress famous as Judy Warren in The Conjuring film franchise. Similarly, she is also known for her other roles Lily Bowers in Deception, Constance Lane in World War Z, and Lila DuFresne in Divorce.

16 years old Jerins began her acting career appearing in an episode of the series Royal Pains in 2011. After that, she came to the limelight for playing Lily Bowers in the prime-time soap opera TV show Deception.

Additionally, her other notable acting credits include movies and TV shows like The Conjuring, Lullaby, And So It Goes, 5 Flights Up, Dark Places, No Escape, Paterson, The Conjuring 2, Daisy Winters, Boarding School, and Almost Family.

From 2016 to 2019, The Conjuring actress portrayed the main role Lila DuFresne on the comedy-drama TV show, Divorce starring Sarah Jessica Parker, Thomas Haden Church, and Molly Shannon. Likewise, she would appear in the 2021 post-production film, The Conjuring: The Devil Made Me Do It.

How Much Is The Net Worth Of Actress Sterling Jerins?

American Sterling has collected a good sum of fortune from her acting career. Without a doubt, she lives a lavish lifestyle with her earnings.

5 feet tall Jernis’ relationship is quite confidental at the moment. Curenntly, it is not known whether she is dating anyone or single.

To date, Sterling has never discussed her personal life in front of the media. Neither she has talked about her boyfriend in an interview nor she is spotted with anyone who could be speculated to be her partner.

In 2020, Deception’s actress has 58.1K on Instagram and 5,904 on Twitter. She is an adventurous person and keeps traveling to different parts of the world. In her spare time, Jernis loves spending her time with her family and friends.